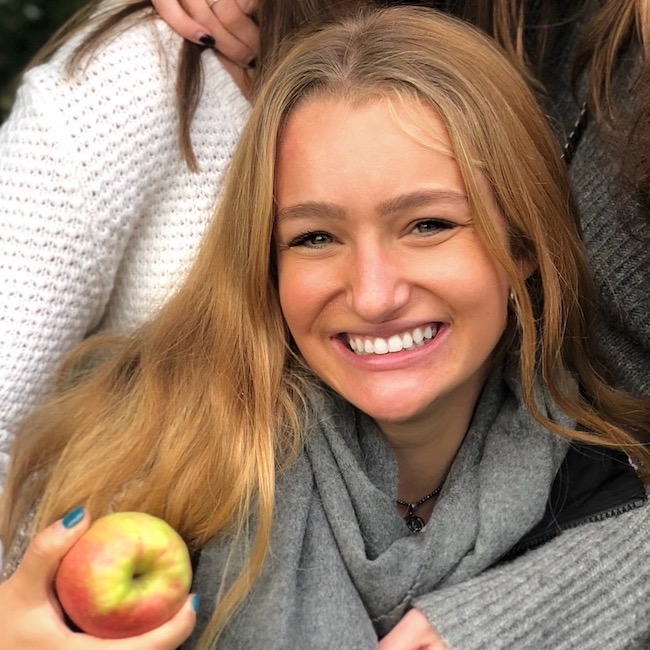 Lexi English, a fifth-year in Engineering, thrives in Aerospace Engineerings after being discouraged by previous mentors.

During her junior year of high school, Lexi English got into a horrible pole vaulting accident. The pole faltered, sending her crashing into the ground. The incident was bad enough that her brain function almost ceased. The resulting concussion lasted longer than expected.

When it came time to apply to college, her high school counselor advised her against going into any STEM-related field because of her head injury. And when she came to the University, her adviser gave the same advice. However, she decided to follow her passion and go into STEM anyways.

English, now a fifth-year senior in Engineering, plans to graduate this December with a degree in aerospace engineering.

English serves as the vice president of Women in Aerospace, and she has helped the organization accomplish her goals.

“We make a space for women who want to be involved,” English said. “We want to have a group of women that are actively trying to make their experience better. We are a support system at the same time as we are a group of girls just trying to get through aerospace.”

Aerospace engineering is one of the least gender-diverse majors at the University. As recently as fall 2014, only 9.21% of Bachelor students enrolled in the department identified as women. Since then, the percentage of women in aerospace engineering has only increased slightly, with 15.44% of students identifying as women in fall 2017, the most recent year with gender demographic data publicly available.

English has noticed the gender disparity in her major has manifested itself in ways both subtle and obvious. During her first few years on campus, the women’s restroom in Talbot Laboratory — the campus’s main aerospace engineering building — was missing a proper sign. In its place was a crudely drawn cardboard sign.

One moment that catalyzed English’s involvement with Women in Aerospace came on the night of her sorority’s semiformal. Prior to the event, English had planned to meet with the leader of another aerospace RSO and join one of their teams. With minimal time between events, she went to meet with the aerospace project lead after preparing her semiformal hair and makeup.

“I sat down and introduced myself to the project lead, and he goes ‘You’re in the wrong building, honey. Who are you?’” English said. “I was like ‘I’m Lexi, I’m the one who’s been talking to you,’ and he goes ‘There’s no way.’ After that I realized I need my women, I need someone who can share this dialectic and this narrative with me, and I found that group with Women in Aerospace.”

Through her involvement in Women in Aerospace, English is organizing an event for all the women in the aerospace engineering department, along with the department’s faculty to attend with the purpose of exposing interested students to research opportunities. English stresses the importance of creating opportunities for women in the department to speak up and get involved.

“Sometimes women are hesitant to speak up,” English said. “They think if (we) do a good job, that we will be noticed no matter what. That’s not always true. We want to make that a little bit easier and make the presence of women more apparent and known in the department.”