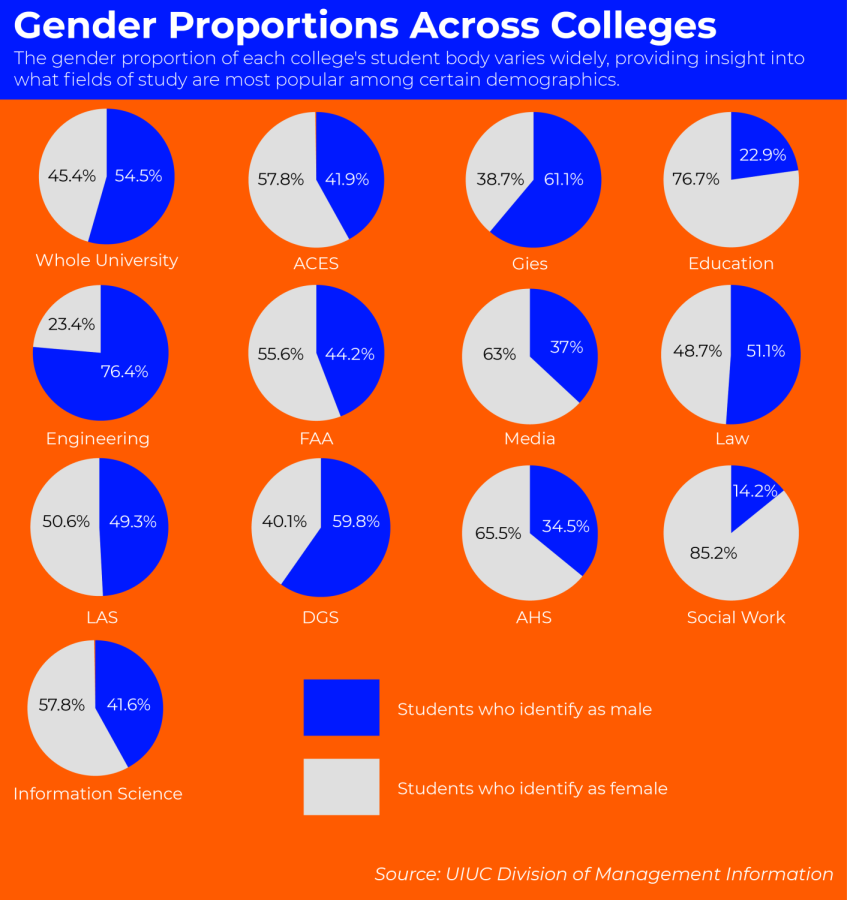 Data from this year’s student enrollment report details which colleges and majors are the most and least gender diverse.

The report, which is released toward the beginning of each semester by the University’s Division of Management Information, Institutional Research, gives detailed information about the demographics of the University.

A total of 54.4% of students at the University identify as male, with 45.4% of students identifying as female. The proportion of students whose gender identity is labeled as “unknown” constitutes .0017% of the student body. All percentages have been rounded to the nearest tenth, except those less than 1%.

The gender proportion of each individual college varies widely. According to the report, the School of Social Work is the least gender diverse undergraduate college, with 85.2% of students in the college identifying as female.

Data shows that engineering is a male-dominated field, both historically and contemporarily.

The only major within Engineering with a majority female student population is bioengineering. However, this balance falls off sharply.

Dreher-Threlkeld was first introduced to the topic by her aunt who worked as a materials scientist. Trips to visit her aunt’s lab in New York sparked her interest at a young age.

Once in college, Dreher-Thelkeld settled on pursuing materials science and engineering because of its relatively equal gender balance compared to other majors in the college.

Materials science and engineering has the third highest proportion of female students within Engineering, with 29.35% of students pursuing the degree identifying as female.

“I think that women are definitely pushed toward the human side of engineering rather than the technical side, and I think the fact that there are biology-related options within (material sciences) make them a lot more appealing to women,” Dreher-Thelkeld said. “I’ve seen the lack of female role models in some of the other departments. That’s part of the reason that I stopped liking electronic materials, because everyone else who would have been in my classes would have been all men; it felt like a very stressful environment, not having people I could relate to.”