Founder of Action Against Hunger reflects on personal history 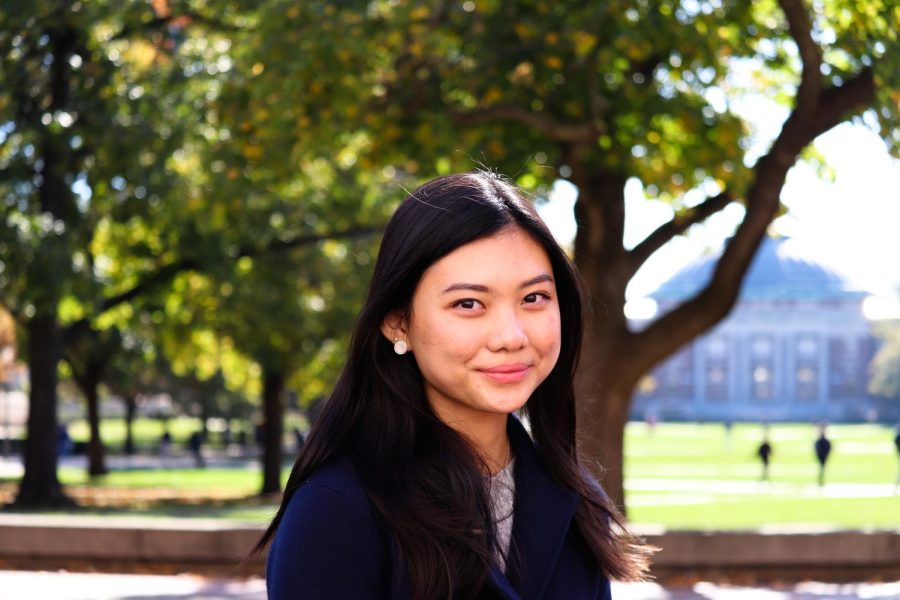 Victoria Chu, senior in LAS, is the founder and president of an RSO called Action Against Hunger and uses leadership skills she formed after immigrating from Hong Kong to the United States.

As the president and founder of the RSO Action Against Hunger at the University, Victoria Chu did not just wake up one day with the urge to help others.

Chu, senior in LAS, grew up and lived in Hong Kong until she was 12 years old.

She was taught English in Hong Kong, and Chu said she had no difficulty communicating with others. The real trouble, she said, was learning how to break out of her shell in a brand new country she now called home.

“When I first moved here, I kind of wasn’t really checked in mentally with all the changes that were happening,” Chu said. “I wasn’t a shy person when I was in Hong Kong, but I think moving to a new place really like, shoved me down.”

Chu, her sister and mother came to live in the United States just as Chu was starting high school. Her father stayed in Hong Kong because of his job.

Chu said she remembered crying at school whenever her father had to return to Hong Kong after visiting their home in the United States.

While dealing with moving across the country, Chu said she discovered her passion for helping others after catching a severe case of pneumonia. She noticed the kind treatment her doctors gave her and thought she would enjoy helping others.

“I was always drawn to working with people and helping others,” Chu said.

In high school, Chu participated in tutoring, fundraisers and youth programs such as Operation Snowball, a program that educates international youth on alcohol, tobacco and drug-use prevention.

Chu said that since then, she has been able to observe doctors as they work.

When the pandemic started, Chu said besides doing homework and studying, she had a lot of time to think about her future.

“I feel like I’m quite young to be deciding my whole future,” Chu said. “Med school takes like a lot of years, like almost a decade. So I thought, if I go into this speciality, if I go into this line of work, there’s not many roads that I can branch into.”

Still, Chu decided to stick to her career plan and has tried to help others through an organization she created, Action Against Hunger.

Chu said the organization contributes funds to the nonprofit organization Action Against Hunger. Learning about food insecurity in her service fraternity, Alpha Phi Omega, is what first made her want to make a difference with the distribution of food.

Because the organization was created in 2020 during the pandemic, Chu said it is still trying to recruit more members in order for events to have a bigger impact on the processing of food.

Her position as president has allowed her to practice public speaking and being a good leader, she said.

“And that’s one thing that I’m proud of,” Chu said. “Being able to push myself to get out of my comfort zone and talk in front of people.”

As a leader, Chu said she hopes to be able to help her group members with anything they have trouble with and be someone they can come to for help.

“I think being a leader is a journey, and something that I’ve been trying to improve on since day one,” Chu said. “And so, I think there’s always improvement for being a leader.”

Chu said that the organization is focusing on providing more food and water sanitation in the University community.