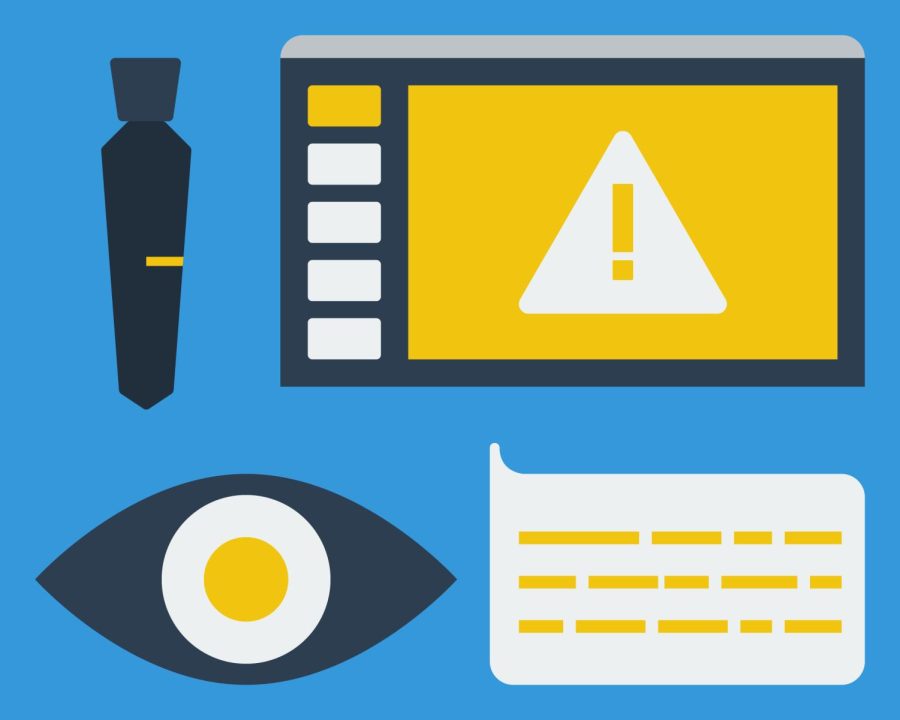 Maya Novik, freshman in Social Work, said up until early October, her GWS 100: Intro to Gender & Women’s Studies professor had made no mention of triggering material in class. However, her professor read a description that Novik said made her feel anxious and uncomfortable.

“My professor read a description of force-feedings of women who were imprisoned for hunger strikes as part of the suffrage movement,” Novik said. “It was just a really, really graphic description of it.”

Novik said she is in recovery for an eating disorder and that the violent depiction of force-feeding made her anxious and uncomfortable. She said she wished her professor had provided a trigger warning.

Trigger warnings, also called content warnings, are given to allow people to prepare themselves for material that may result in past trauma being triggered again. When warnings are not given, the material can cause a variety of reactions depending on the person and the severity of their trauma.

Some students said trigger warnings serve as an invaluable tool and that they’re concerned about the showing of potentially triggering material during classes without any warnings from professors.

Jenny Conviser, founder and CEO of Ascend Consultation in Health Care, further explained the consequences of being exposed to triggering material.

“It may, for example, prompt a thought, feeling or memory that is positive and fleeting, or it could bring back into awareness more disturbing thoughts, feelings or memories,” Conviser said in an email. “Triggers may threaten safety and well-being.”

Novik said it would have been simple for her professor to provide a warning beforehand.

“It could have just been ‘Oh, this might be upsetting to some individuals, so brace yourself,’” Novik said.

Amanda Bales, a senior lecturer in the English department, said that since she began teaching, she has given trigger warnings in her classes.

“That first semester it became very clear that trigger warnings would be necessary for the health of my students and the workshop,” Bales said.

Bales further explained that in her workshop courses, she has students give warnings when they submit their stories. When a student forgets to provide a trigger warning, she said she uses it as an opportunity to explain why the warnings would have helped.

While trigger warnings can help prepare students for potential triggers in course material, Novik said it can be hard to know exactly when they should be given.

“There are a lot of things that could trigger people, but if something is graphic, think about how it might be triggering for some and just trying your best,” Novik said. “Try to learn your audience and what they need.”

Novik also said that by putting oneself into the perspective of someone who could be triggered, it can be easier to know when a warning is needed.

Conviser said she believes it is helpful to consider whether triggering material is needed.

“First, consider the necessity of sharing triggering material,” Conviser said. “Is this a necessary component of the curriculum and vital for learning?”

While professors can use trigger warnings to help students, Conviser said anything could be triggering to someone.

“Any topic, image, sound or message that is associated with a memory of hurtful or upsetting history, may be triggering,” Conviser said.

Bales agreed and said that the different situations and experiences of people make it difficult to have a blanket policy regarding to trigger warnings.

However, Bales said she takes measures to be as conscious of students’ needs as possible, giving brief explanations of the content in stories in case she misses anything.

When asked what students can do when they feel uncomfortable or triggered by class material, Conviser said it is important to put oneself first.

“Students who have emotional reactions to class material or experiences should immediately take whatever means necessary to protect their own safety and well-being,” Conviser said.