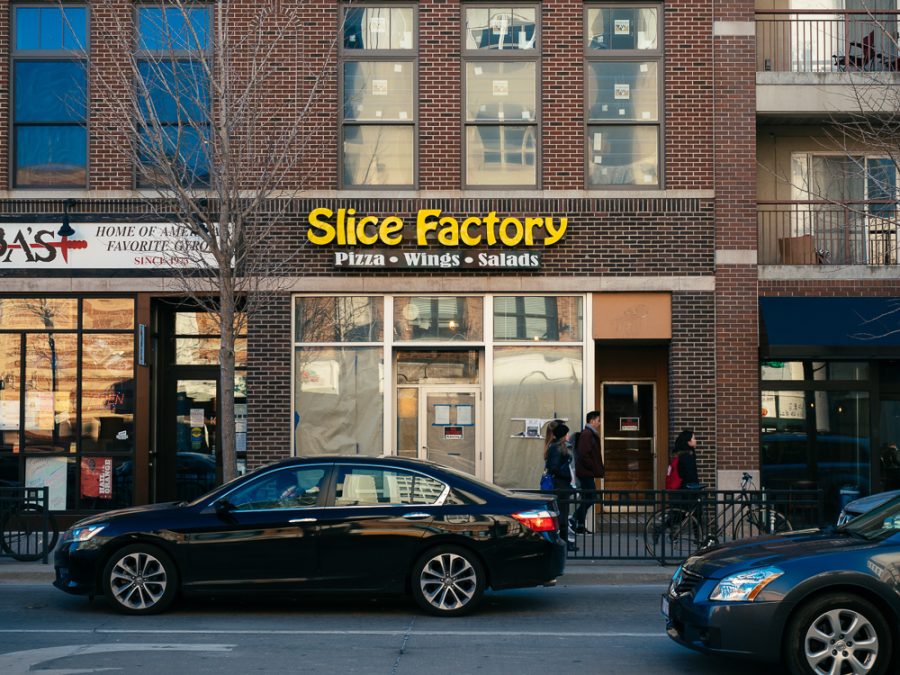 The new Slice Factory on the Green street.

Originally expected to begin operating in March, the opening of the Chicago-based pizza chain Slice Factory delayed opening once again due to construction.

Domenic DiDiana, founder and president of Slice Factory, cited mechanical operations as the main reason for the delay.

This location has been in the works since at least 2009. DiDiana said he had always wanted the restaurant to be on Green Street within a block or two of campus.

The Slice Factory website says the restaurant will be open Sunday through Thursday from 10 a.m. to 11 p.m. It will also operate until midnight Friday and Saturday to supply students with late-night snacks.

With a more basic menu than its Chicagoland counterparts, the Slice Factory menu will include chicken wings, self-serve frozen yogurt and made-to-order salads.

DiDiana said that he anticipates the restaurant to be ready for opening in about four weeks.