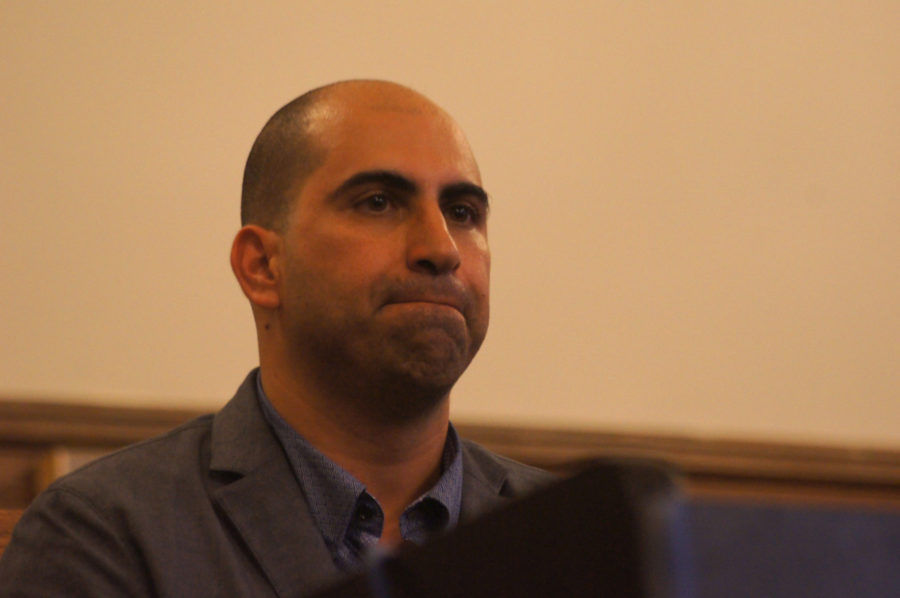 Steven Salaita filed a lawsuit against the Board of Trustees on Monday, claiming the University violated the state’s open records law.

The lawsuit claims the University failed to comply with the Illinois Freedom of Information Act, which requires public bodies, such as the University, to disclose specific records, unless the records fall under an exemption.

Maria LaHood, senior staff attorney at the Center for Constitutional Rights and a representative of Salaita, said the lawsuit is about getting the documents that Salaita requested under the law. The documents were emails containing specified keywords sent among University officials.

“This is not a suit about his termination. This is just about getting the FOIA records,” LaHood said.

She said she expects the lawsuit to only take a few months to be resolved, but said it depends on how the University responds.

“We haven’t seen the suit, and therefore don’t have any response to make other than we will review it carefully and defend the interests of the University,” said University spokesman Tom Hardy.

Salaita requested the documents on Sept. 17, six days after his appointment to join the University as a professor in American Indian Studies Program was officially rejected by the Board of Trustees.

The University responded to his request, saying the FOIA request was unduly burdensome and urged Salaita to narrow his request. On Oct. 15, Salaita issued a new request, which asked for emails between 15 University officials over a three-month period, according to the lawsuit, which was published by The Chicago Tribune.

The University again orally rejected the request, stating that it would require reviewing between 8,000 to 10,000 emails. Salaita responded by requesting the FOIA again on Nov. 5, this time reducing the timeframe to just over one month. However, he claims that he never received a response.

The lawsuit, filed in Champaign County, asks the court to order the Board of Trustees to give Salaita the requested documents and admit to violating act, to award civil penalties, reasonable attorney fees and any other compensation the court deems appropriate.

According to the Illinois Freedom of Information Act, any party found in violation of the act is required to pay civil penalties of no less than $2,500 and no more than $5,000 per violation.

Abigale can be reached at asvoboda2@dailyillini.com.