Peace negotiator encourages students to do something "bigger than themselves" 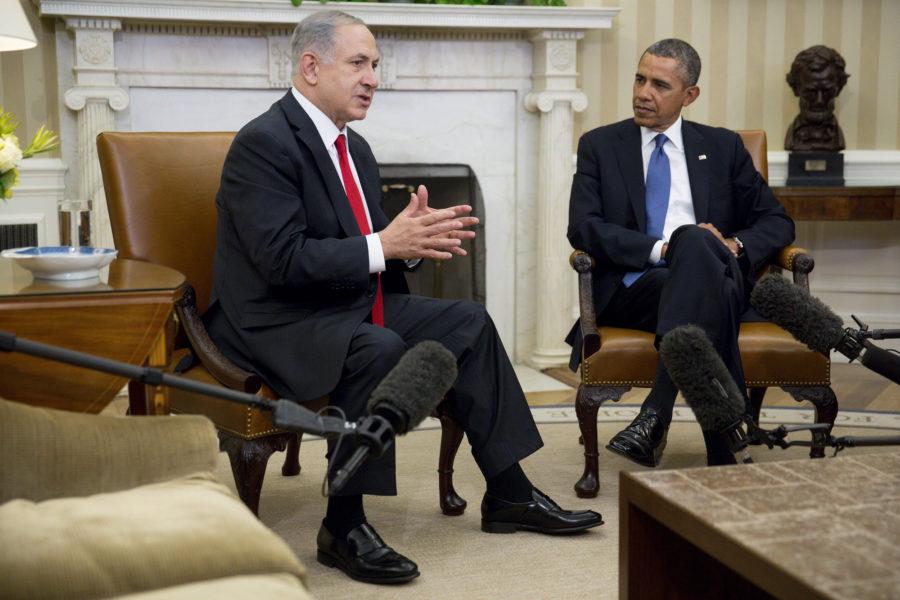 Foreign policy adviser David Makovsky is concerned about the Millennial generation and how it views the Israel-Palestine conflict.

“Rarely has there been a time when less attention has been paid to the Israeli­-Palestinian conflict than today,” he wrote in a piece with Dennis Ross in the Washington Post.EJThis concern is part of the reason Makovsky has visited more than 100 college campuses in the last seven years to talk to students about Israeli-Palestinian issues and how they can help. Makovsky visited the University on Wednesday to convey the same sentiment to the Urbana campus. The Illini Hillel hosted Makovsky for a lecture titled, “Seeking Justice: Strengthening the prospects for Middle East peace.”

“When we asked others who have worked around him they always highly recommend him. Some speakers are good at speaking but don’t really know how to talk to students. But he has had a lot of experience on campuses, so we thought this was a great opportunity,” said Jewish Agency Israel Fellow at the Hillel Center Asaf Weiss.EJ

While the lecture focused on Makovsky’s past experience serving as a senior advisor on Secretary of State John Kerry’s peace team, he is currently directing a project at the Washington Institute on the Middle East Peace Process.EJ

“I’m concerned with the millennials — whether they were in the Midwest or Mideast — that if they have no memories of the good times they will just throw their hands up in despair, and just say ‘oh well, nothing can be done,’” Makovsky said in an interview with The Daily Illini. “We’ll just end up digging fresh graves and be left with old problems. Because (the Millennial Generation has) no memories of the good times.” In his time serving on the Secretary of State team Makovsky said he worked closely with officials who helped conduct Israeli-Palestinian relations.EJ He said the team focused on five core issues but only came close to solving two.

Additionally, he said the team was close during former President Bill Clinton’s Camp David talks in 2000 and during former Secretary of State Condoleezza Rice’s talks with Oman’s foreign minister in 2007.EJ

“I’ve feel we’ve tried to hit the homerun ball three times now,” Makovsky said. “Three major efforts. We tried to test the proposition, tip the balance in a way that would get to a deal. But I don’t think that we were there.”

Makovsky emphasized that while he is not advocating for students to vote for a certain candidate, he looks at Syria and says the next U.S. President has to be very mindful.“I’m not trying to make an argument for U.S. engagement in every conflict, not at all. But it’s a very difficult situation,” Makovsky said. “If you look at Syria right now, 300,000 killed, millions displaced, it’s one of the greatest catastrophes since World War II. It’s very important to me that our next president is very mindful.”

Makovsky said he looks at social media as an important key for future peace.“(Social media) is this generation. Fifteen year-olds could see something hateful on social media, act upon it and that is dangerous,” Makovsky said. “We can find more positive ways to use social media so it’s not so hateful.”

Makovsky said he has seen animosity between Israeli and Palestinian students, which makes college campuses a concern for him. He said students who are at a time in their lives where they are deciding their future should try to find a “project that is bigger than themselves,” and devote some time to making the world a better place.

“I feel that as someone who was in the peace negotiations that I feel a certain obligation to go out, talk to students and tell them not to give up,” Makovsky said. “We shouldn’t be importing polarization. As they say, ‘It is better to light a candle rather than curse the darkness.’”?