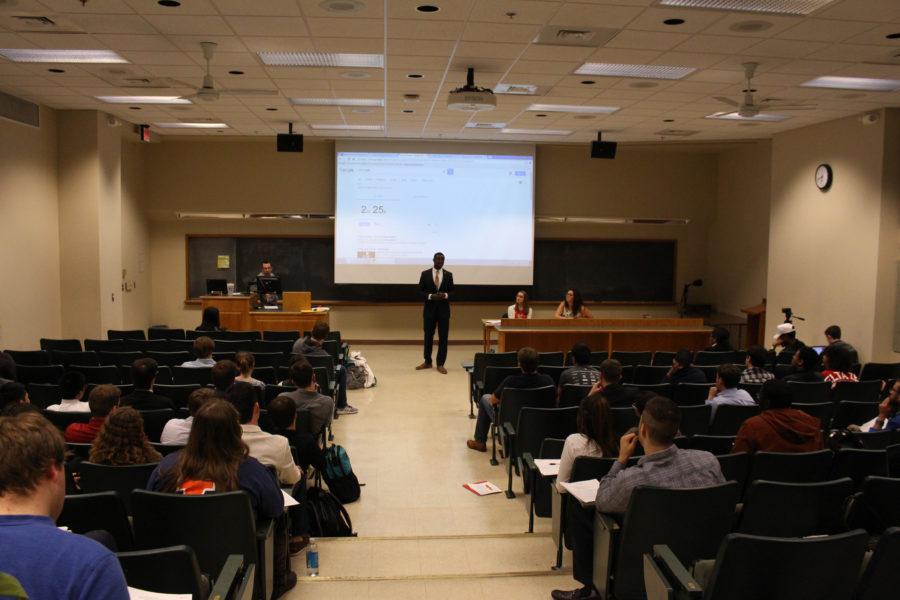 The University may begin to look for a new mascot, depending on the findings from an exploratory committee.ej

The committee, created by the Illinois Student Senate, is not officially launching a search to create a new mascot, but simply assessing interest from students, faculty and the University community.ej

“The committee’s job is not to pick a new mascot,” said committee co-chair Alex Villanueva, junior in LAS.ej “Our job is to kind of survey the different constituents that are involved in a mascot discussion about whether or not now is the time to do a mascot search.”

Villanueva stressed that this does not mean that a new mascot will be picked at all.

“Is this the time for a new mascot?” he asked. “We are testing the waters.”

Currently, the committee is meeting with different University groups to discuss their various perspectives. They have met with several groups so far, including student athletes, the marching band and alumni and plan to meet with more in the coming weeks.

Friday, the committee held a meeting where members of the public were invited to voice their concerns about beginning the process of getting a new mascot.ej

Howard Wakeland, former University faculty member, said he would prefer to forego a mascot all together.ej

“I am not for a mascot, I am for an image that will depict the University of Illinois. I think that’s important, I think history is important — more than you may think, ” he said. “Whatever selection you make should be done by students and faculty and staff.”

Derek Hoot, junior in LAS and member of the Illini men’s wheelchair basketball team, said the University should move forward with picking a mascot.ej

Hoot said the Division of Intercollegiate Athletics, DIA, is at a crossroads.

“We just got a new athletic director in Josh Whitman, we just hired a new coach in Lovie Smith and we have kind of a new mantra which is the ‘we will win’ mantra.”

With this emphasis on new beginnings, now is the perfect time to move forward with having a new symbol or having a new mascot, he said.

As for how long it may be until a new mascot is officially picked, Mark Schaer, junior in business and committee co-chair, said there is no defined timeline.ej

“Our committee itself will be done in a couple weeks,” Schaer said. “If we were to move forward with this, we don’t have a specific timeline because that would be an administration thing.”

However, Schaer said that there is a void that has been needed to be filled since the Chief was officially retired in 2007.ej

“I think we’re at a point where a lot of kids at this school would like to have something tangible at the athletic events,” Schaer said.

As for the rumor of “Sassy the Squirrel” becoming the official school mascot, Villanueva said that will most likely not be the case. He said Sassy is currently serving as an unofficial placeholder until a permanent replacement can be found.

The committee will also have a meeting Friday, April 8 for students to come share their thoughts on the possibility of a new mascot.ej