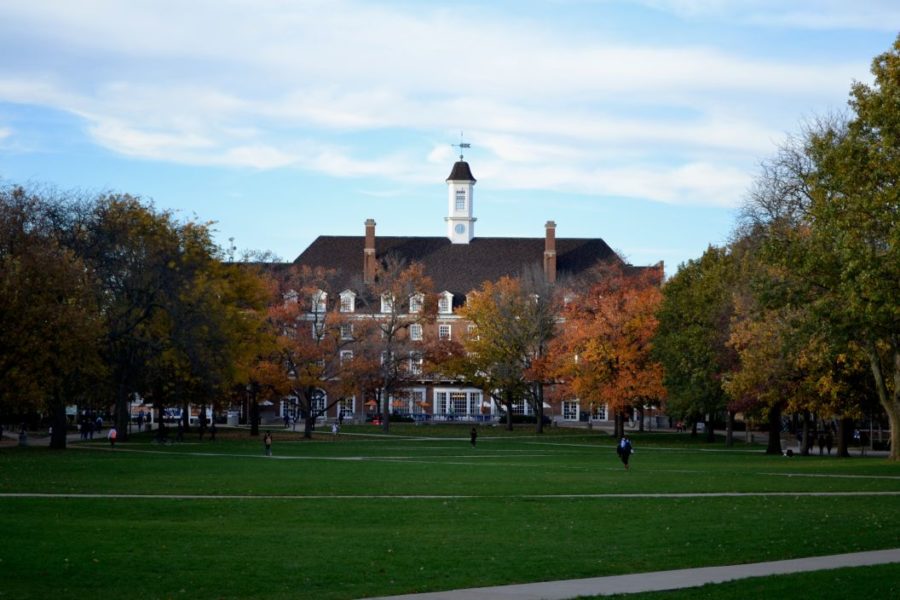 Five University researchers were acknowledged as World’s Most Influential for 2017.

Eight University researchers have been recognized by the Thomson Reuters/ Clarivate Analytics Highly Cited Researchers list for 2016. The list identifies scientists in the science and social science fields whose “research has had a significant global impact within their fields of study.”

More than 3000 researchers in 21 fields were selected based on the number of highly cited papers they produced from January 2004 to December 2014.

Aside from being  a professor at the University, Ainsworth is also employed by the U.S. Department of Agriculture’s Research Service Global Change and Photosynthesis Research Unit.

Bond is the Nathan M. Newmark Distinguished Professor in Civil and Environmental Engineering with a focus on studying particle emissions.

Long is the Gutgsell Endowed Professor in crop sciences and plant biology, working on the effects of climate change on crop yield. He has been recognized as a highly cited researcher in his field every year since 2005.

Lu is the the Jay and Ann Shenk Professor of chemistry, as well as a Fellow of the American Association for the Advancement of Science, a Fellow of the Royal Society of Chemistry, and the recipient of a Howard Hughes Medical Institute Professors Award.

Murphy is the Peter C. and Gretchen Miller Markunas Professor of Chemistry. She was recognized as a highly cited researcher in chemistry in 2014 and 2015 as well.  She was elected to the National Academy of Science in 2015 and is the associate director of the Frederick Seitz Materials Research Laboratory.

Rogers has published over 350 papers and has invented more than 80 patents and patent applications. He was awarded a MacArthur Fellowship in 2009 and is also a member of the National Academy of Sciences. He has been recognized as a highly cited researcher in material sciences since 2014.

“(Having) our work highly cited in other published work is humbling,” Ort said. “It is also a tribute to the importance and impact of the research enterprise at Illinois.”