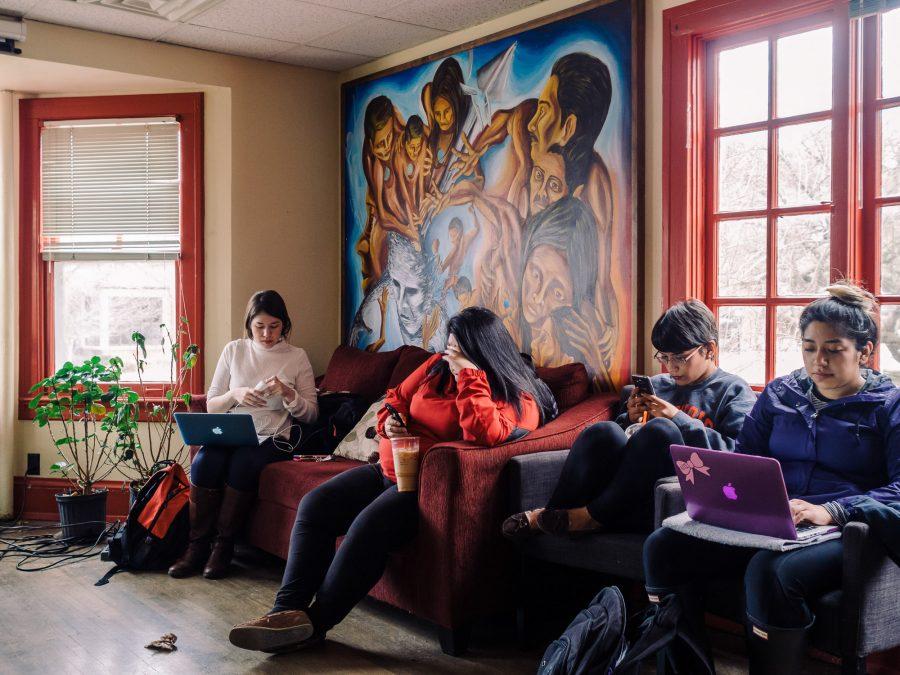 The Spanish language has “dramatically” changed since it was first created, said Ann Abbott, Spanish professor and director of undergraduate studies.

The language was historically taught in order to read Spanish literature, with heavy emphasis on works coming from Spain, she said. Now, people want to take Spanish because it’s around them, as well as the sense of experience it provides.

As director of undergraduate studies, she said that she sees tensions in the Spanish departments, starting with the reason people choose to major or minor in Spanish. Her biggest critique toward Spanish departments is the adherence to colonial Spanish, which does not reflect the language that appears globally.

“It’s a fact that most students study abroad in Spain than in Latin American countries,” she said.

According to a report from the Modern Language Association, the number of students majoring in foreign languages has significantly declined. In 2009, there were approximately 861,008 Spanish majors across the nation, as opposed to the 790,756 in 2013. The numbers keep dropping.

“Many students want to study the Spanish language to add it their their resumes, whereas faculty and courses are aimed at the discipline of ‘Hispanic Studies,’ not just the learning of Spanish,” Abbott said in a blog post titled, “The Tensions in Spanish Programs Cannot Hold.”

Abbott says because of the decline, foreign language departments across the country won’t be as strong as they should be.

“To protect ourselves (from such a dilemma), we need to connect more with what (Spanish) means today,” she said.

One of her biggest concerns as a Spanish professor is that many people who decide to study the language disregard native Spanish speakers.

“Why did you learn Spanish if you don’t care about Spanish speakers?” she said.

Abbott too noticed that attaining the Spanish minor appears to be easier for non-native speakers who accumulated AP credit in high school. If they achieve a four or five on the AP test, credit is granted for two of the required classes.

She has noticed from past experiences that many white students tend to take AP Spanish in high school, whereas native speakers do not. As a result, native speakers are at a disadvantage having to take more time to complete the minor. Discussing this in a blog post, she stated that she did not have statistcs on the theory.

Abbott intends to make changes in the department, including teaching a class called SPAN 232: Spanish in the Community. The class spends two hours a week in class and two hours doing community service in Latino neighborhoods.

The class attempts to both challenge and complement the Spanish  spoken in Spain and Latin America.

“It helps students interact with Spanish speakers in America,” she said.

Abbott said the biggest change she has seen in students who have taken the class is their stance on immigrants.

“One of my students told me that they used to think immigrants were a problem, but that taking the class changed their opinion,” Abbott said.

Niyi Adeleye, a sophomore in LAS,  minoring in Spanish, said that as a non-native speaker, Spanish has positively impacted him.

“It’s a great experience being able to express yourself in more ways than one,” he said. “The Spanish minor gives you the education you need to be fluent in the language and understand the Spanish culture to an extent.”

Though Abbott is concerned about the Spanish departments, she never discourages people from studying Spanish or another language.

“Learning another language is a wonderful gift that one can give themselves,” she said.

Other professors in the Department of Spanish and Portuguese as well as those in the Latina/Latino Studies Department declined to comment on this article, or could not comment due to contract restrictions.

Other professors in the Department of Spanish and Portuguese as well as in the Latina/Latino Studies Department declined to comment on this article or could not comment due to contract restrictions.

A previous version of this article stated that the Spanish language has “traumatically” changed when it should have said “dramatically.” The Daily Illini regrets this error.