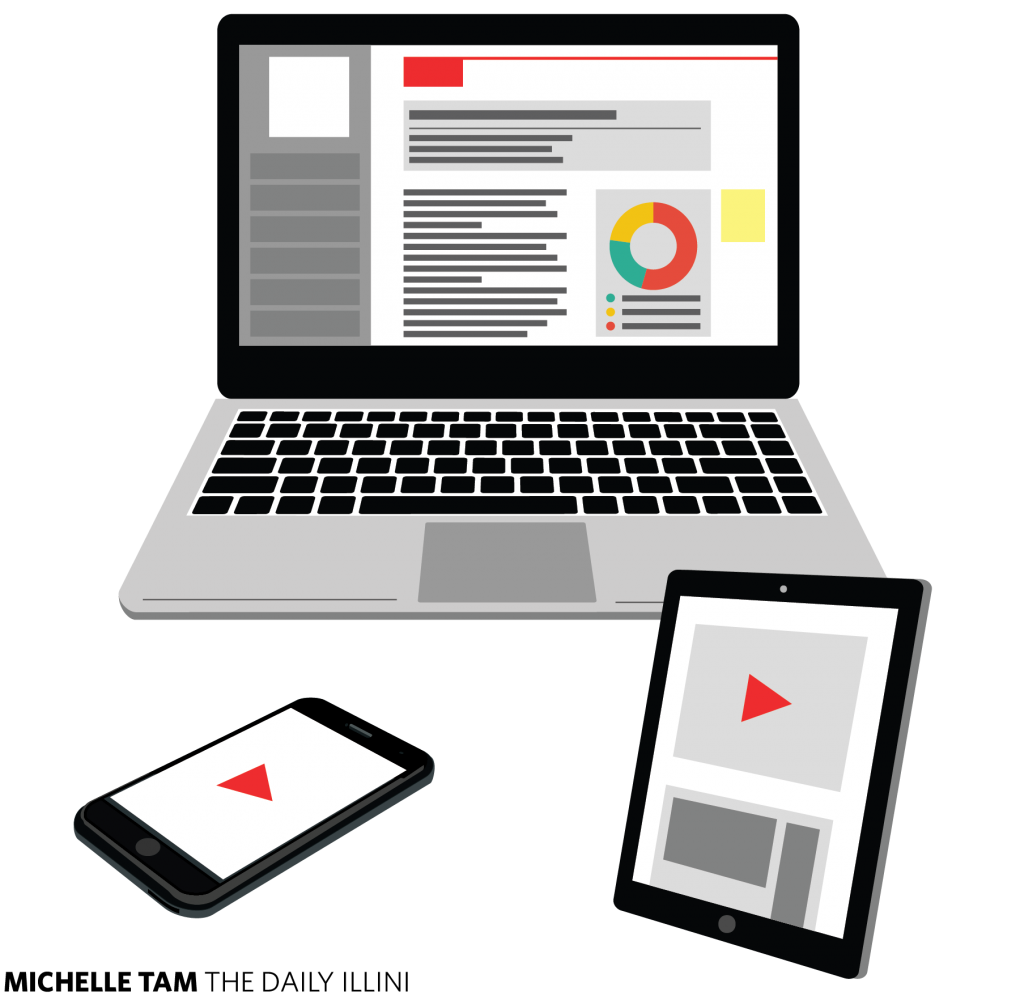 The University has released an innovative e-textbook, which caters to the needs of those with disabilities.

It provides visually, hearing and mobility impaired students with resources they need, such as keyboard controls and speech recognition.

eText at Illinois is essentially an e-textbook with videos and multimedia embedded into it, which can be accessed both online and offline.

How students read has changed immensely over the years. Because of this, eText provides information a normal textbook would not provide, such as notes, assignments, videos and other multimedia. This allows students, teachers and authors to interact directly in each book’s contents.

“The first time we offered (eText) to our students was in the fall of 2010 or 2011, so it’s been around for at least six years,” said Yury Borukhovich, a senior e-learning pro. “Slowly, more and more courses are using it.”

Since its creation, eText at Illinois has served more than 28,000 textbooks to students across campus.

eText is currently only an Illinois service, but the University is trying to work with other Big Ten schools to make a depository where students across the nation would be able to benefit from the resources and savings eText provides.

It works across all devices, such as smartphones, tablets, computers and speech readers.

“It supersedes the reading experience that you would typically have through most commercial textbook operations like Pearson,” Borukhovich said.

This fall alone, 4,860 students are using eText on campus, resulting in over $250,000 saved on textbooks and textbook supplements, Borukhovich said.

“With a textbook that has been written primarily by Illinois faculty or has been adopted out of an OER (open educational resource), the price savings for a physical or electronic textbook, depending on which one is commercially available, is about 70 to 80 percent,” Borukhovich said. “You’re essentially looking at a cost comparison between 120 dollar textbook, as opposed to a 15, 20 or 30 dollar e-textbook.”

eText was inspired by the frustration of faculty who had created their own content and were dissatisfied with how mainstream publishers were delivering their online content to their students.

“They came to us and asked if we could provide a better solution, and we had the means and resources to do that; thus, the eText platform was born,” Borukhovich said.

Every semester more students and classes have adopted eText. This semester, for example, the larger classes on campus, such as the freshmen experience classes like LAS 101 and ACES 101, MATH 125, and PS 280 are using an eText as opposed to a physical textbook.

Students on campus are open to the idea of having tangible textbooks replaced by eText.

“I haven’t heard of (eText), but I think it’s such a smart idea. It saves money and reduces carbon footprints,” said George Aranda, junior in Engineering. “I think it’s time to turn the page on the 21st century. Writing books down on papyrus and stone worked for a while, but now it’s time for some etextbooks. That’s where it’s at.”

Aranda said that in terms of engineering, everyone can benefit from looking at a video that describes or is teaching them what to do.

“I think all majors should have e-textbooks,” he said.

Annabelle Shaffer, sophomore in LAS, said that although she has not used eText, she thinks it should be implemented throughout the University, especially if it reduces cost.

“Textbooks are so expensive, so I don’t see why all classes aren’t using eText,” Shaffer said.