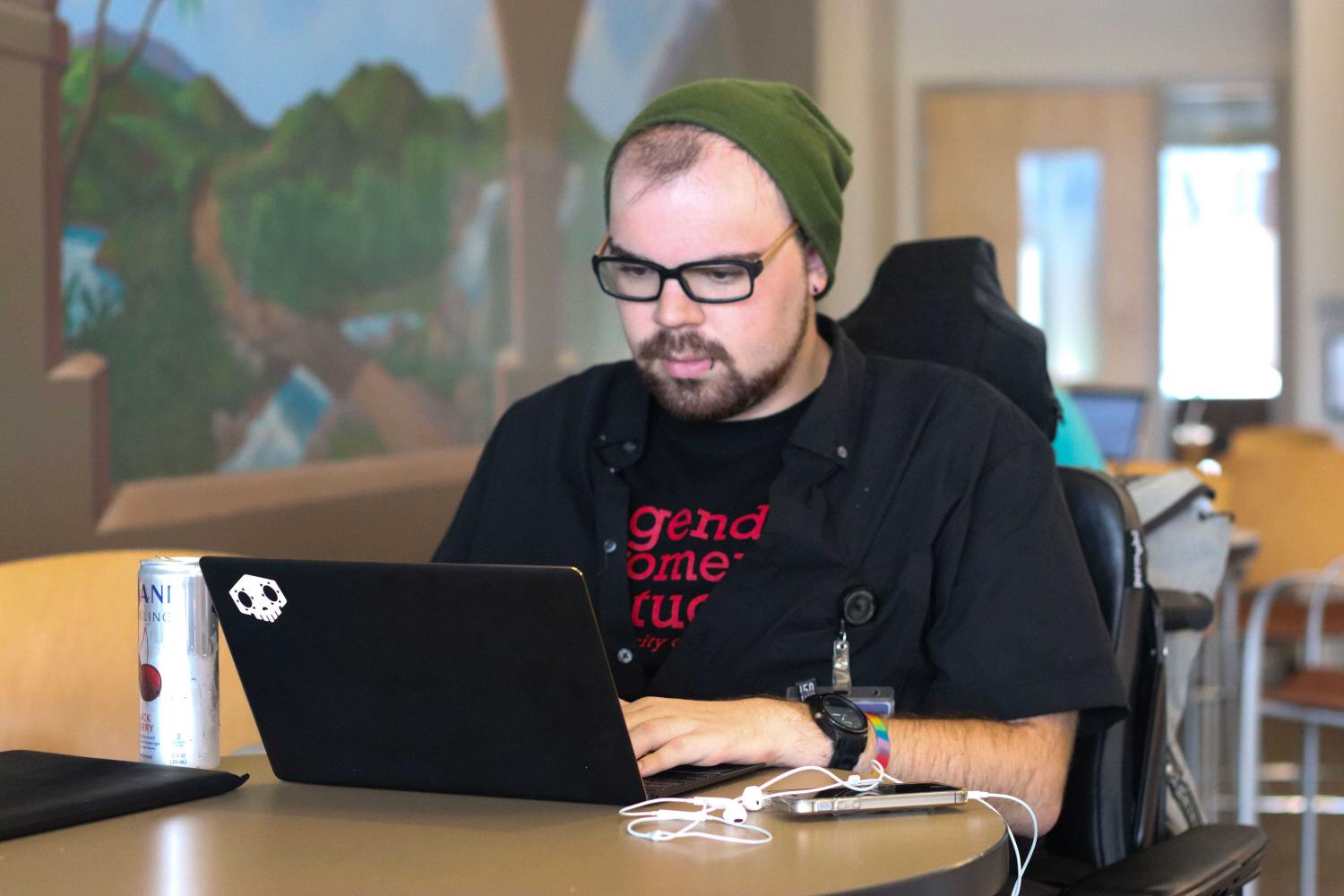 Mark McCarthy is a graduate student in the School of Information Sciences, a member of the LGBTQ community, a fan of video games and one of the many students with disabilities here at the University.

McCarthy was born with spinal muscular atrophy and has been using a wheelchair since he was eight years old. In an attempt to create a sense of community, McCarthy is working to start a cultural house for students with disabilities on campus.

McCarthy said that although it’s great Disability Resources and Educational Services has different social and cultural events planned for students with disabilities, its main job is to provide educational resources.

“At the end of the day, one of those things has to be sacrificed for the mission to provide academic support, and that ends up being the more cultural and social bit,” he said.

“That was a point of contention, where I kind of went back and forth with the lieutenant at the time,” he said. “That’s the kind of issue where there’s this cultural inaccessibility. At this University so much has been done, and that’s great, but there’s still a long way to go.”

McCarthy said the process of starting the cultural house is only at the infancy stage, and it all comes down to where they can get the money.

However, he said it’s important to have a space dedicated to talking about the cultural identity surrounding disability, because it’s one of the topics that are often talked around.

“You can talk about that in other cultural centers, but it’s either diluted or it has a kind of mixed lenses, which is not a bad thing, I am in no means against that, but having a focused space to bring all that up is beneficial,” McCarthy said.

Amelia O’Hare, senior in Urban Planning, transferred to the University during her sophomore year so she can live independently under the Beckwith program, a residential support service for students with disabilities at Nugent Hall.

O’Hare said having a cultural house will benefit the campus in diversity and inclusiveness, since students with disabilities don’t have a structural social community at the moment.

“It’s not talked about at all, and when we aren’t talking about it, we’re not talking about this population with people with disabilities,” she said. “We’re not just excluding them, we’re also denying our own culture.”

O’Hare said one of the problems students with disabilities on campus face is not feeling welcomed or comfortable.

Lindsey said one of the biggest problems students with disabilities face socially is society thinks having a disability is a bad thing when it’s not.

“We just wanted to a place where those who have disabilities can go and meet others,” she said. “But also where students and faculty can go to find out more information about having a disability.”

“When you’re in a University like this one, that prides itself in being one of the most accessible in the country, we are uniquely positioned to be that University to be like the beacon that supports these things in the greater sphere,” he said.

McCarthy said a major step in starting the cultural house is to energize the students and gather support from the students to increase awareness in the school administration.

“When you’re trying to get an education, when you’re trying to work, all these things to further yourself, having that extra barrier in the way can be very discouraging to people,” he said. “Sometimes, it just ends up causing people to give up on whatever it is they were doing.”