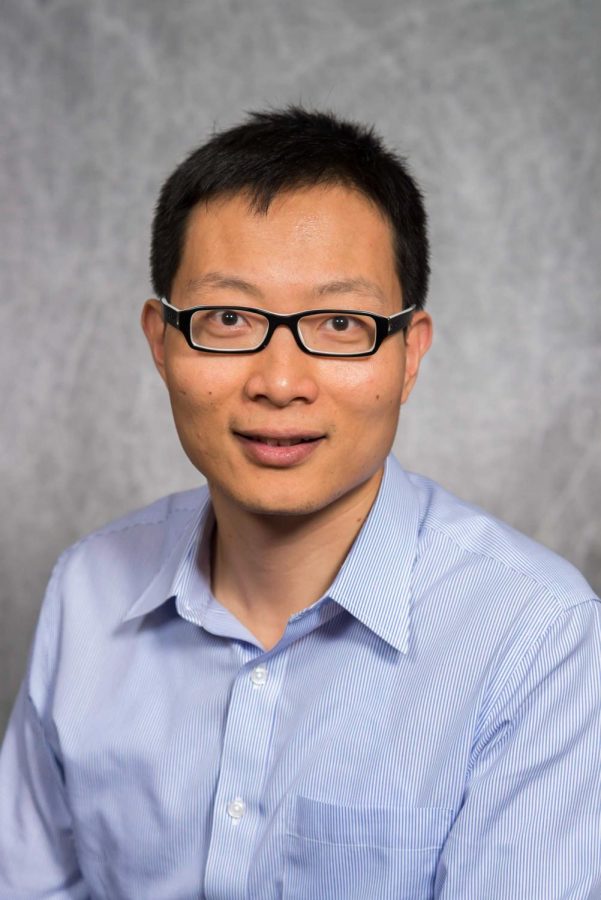 A portrait of Dr. Runhuan Feng.

The pension system in Illinois, which costs $8.5 billion annually to run, is putting the state in a financial crisis, but University professor Dr. Runhuan Feng may have found a solution.

Feng has developed a mathematical model to address the state’s pension crisis, which is crushing the state budget and draining resources from public universities, according to the State University Annuitants Association, or SUAA.

The SUAA works to protect the pensions and benefits of retired and current university professors in Illinois.

They hired Feng to develop a mathematical model to fund the pension system, said John Carr, Springfield lobbyist for the SUAA.

Carr said the cost to run the state pension system would double by 2045.

Feng’s model proposes combating this debt by selling $107.42 billion in 27-year, fixed-rate bonds, while setting aside and investing approximately 35.82 percent of the sold bonds in special funds.

“That’s called interest rate arbitrage, and according to professor Feng’s model, it will pay the debt service until 2045,” Carr said.

Feng’s model would result in the state saving over $103 billion in pension debt and operating costs over the next 50 years, while meeting the legally mandated pension payment obligations. The model has been put forward as a bill, sponsored by Illinois House Rep. Robert Martwick.

“(On) Tuesday there’ll be a hearing in Springfield. The Illinois House Pension Committee will be hearing a testimony from Dr. Feng, who’ll present his analytical models on how the state can sell those bonds in the bond market,” Carr said.

Martwick’s bill specified the proceeds made from bond sales that aren’t invested in special funds will be deposited in funds for transportation and clean energy in addition to pensions, according to a copy of the bill.

Carr said he wasn’t too sure the bill would make it through the House. He said he didn’t think the solution could just be selling bonds, and that a multi-tiered approach in the future could have a better chance.

“So many citizens and legislators have been saying that there’s nothing that can be done about pensions, and this shows that there is a way to manage the pensions going forward,” he said.

The purpose of Feng’s model and the SUAA’s proposal, Carr said, is to show that there is a way to manage the costs of pensions.

“Professor Feng is a great asset to the state and to the University system. He’s a real treasure, and I’m honored to work with him,” Carr said.