Unofficial 2020: Live updates throughout the day 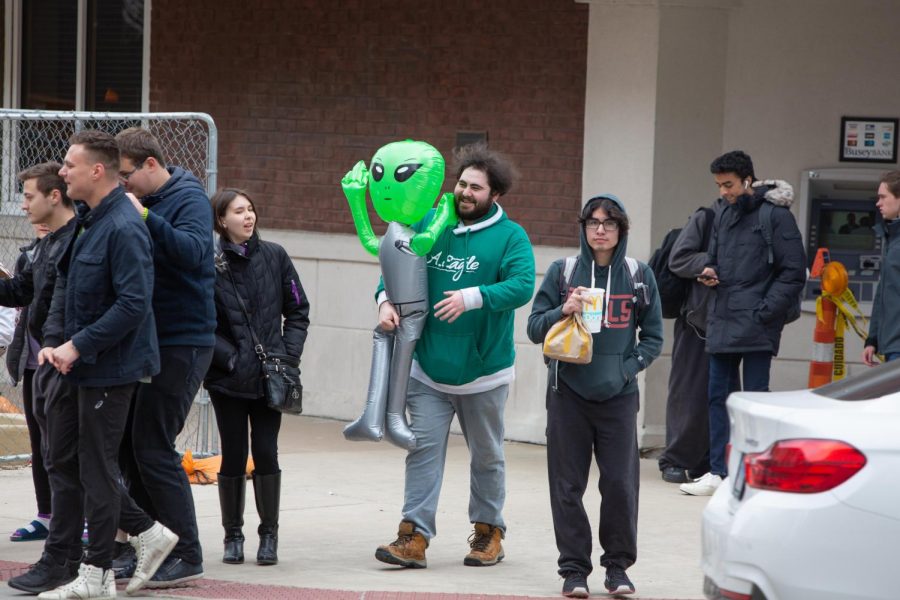 No updates to report following 2:30 p.m.

As students continue to walk up and down Green Street for the day, Robert Tuel has been tabling outside selling Girl Scout cookies.

Unofficial is not the only day Tuel has been out with cookies, but by early afternoon he said he’s already sold a couple cases, or around 100 boxes.

A little bit down the street at Ragstock, Assistant Manager Colt Knee said business has been crazy, having made $400 in 30 minutes. However, he stated that compared to other years, Unofficial has begun to quiet down.

“Halloween is our busiest time; it’s like our Black Friday,” Knee said. “I’ve been with the company for eight years and for the past two years, Unofficial has been really quiet.”

High-speed gales are still ripping through Green Street, with many students wearing Nordic coats or jean jackets over their green Unofficial shirts and some trying to brave the cold in only crop-tops and sandals.

Whether it’s due to the bitter winds, age restrictions on Green Street bars or a heightened police presence, student traffic was lighter than what might be expected.

Some students interviewed said they had just come from or plan to go to apartment parties rather than bars this Unofficial.

Dhyanil Desai, junior in nursing at Northwestern University, said he came down with friends to celebrate Unofficial with his cousin for the first time, but the outside presence of student enthusiasm has been less than what he expected.

“From what I’ve seen and what I’ve heard from past years, it’s been a lot more lit in the streets, but everyone’s said that the cops have really cut down on alcohol and drunk people in the streets,” Desai said. “If you go to anyone’s apartment, a dorm or frat house or clubs, then you get the feeling, but outside it feels like a normal school day, people walking to class.”

Business has been slowing down over the past few years for popular Green Street stores.

Jignesh Panchal, manager of Hometown Pantry, said he hopes today will be the busiest day for sales. He said sales so far have been average.

“It’s OK, not great, compared to the (past) several years, but it’s all right,” Panchal said.

Michele Fasset, owner of Te Shurt, said the holiday has slowed down altogether, thinning out mass production of their Unofficial t-shirts.

“It’s not what it used to be in the original days of it; you’re just not seeing the amount of people that are binge drinking, so I think (Unofficial has) really become more of a happy, campus-wide holiday where everyone wears green and is just in a really good mood, and it’s not just people falling down drunk on the streets anymore and that kind of stuff,” Fasset said.

Two or three small groups of people are picking up alcohol for later on Green Street.

Some people are screaming from various apartments, and a few balconies are filled with partiers.

Joe’s Brewery and Illini Inn look empty. A few people are on stools at KAM’s, and the same can be seen at The Red Lion.

The temperature is currently 34 degrees. Not many people are walking with any Unofficial apparel on Green Street.

The high temperature for today is 41 degrees, and the weather forecast says it will be mostly cloudy and windy.