Jewish archives from central Illinois to be stored at University 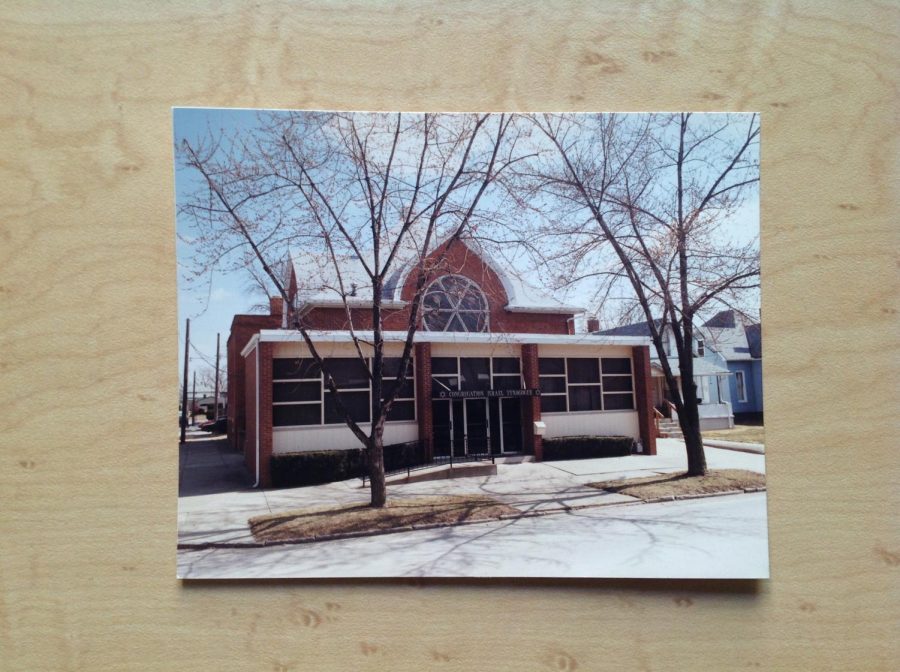 A photo of the old Congregation Anshe Knesset Israel Synagogue that stood at 949 N. Walnut St. from 1929-1991 is shown above. Jewish archives from central Illinois similar to the photo above will be stored at new archives at the Illinois History and Lincoln Collections at the University.

The University is establishing new archives at the Illinois History and Lincoln Collections about the Jewish community in central Illinois.

These archives are going to contain a lot of different information, some of which include photographs of synagogues, news clippings about Jewish residences, obituaries, documents from Jewish owned businesses and lists of congregation members.

“Once the materials are arranged and described, they will be available to scholars, members of the community and students,” said Krista Gray, employee at the Illinois History and Lincoln Collections.

The archives were first presented to the University by Sybil Mervis, a Jewish resident, from Danville, Illinois. Mervis has been keeping all of the documents from the archives in her possession since the Synagogue located in Danville closed in 2012.

The archives span from the early 1900’s until the closing of the Synagogue in 2012.

Mervis reached out to Erez Cohen, head of Hillel at the University. Cohen decided that all of this information would be beneficial to the community and should be stored as archives at University.

“(Cohen) had the idea to go to the library and ask them if they would make archives of Jewish community history in central Illinois, because there are several congregations that have closed or are closing,” Mervis said.

Long before the closure of these congregations and Synagogues, the Jewish migrants and settlers from different parts of the midwest chose the Danville area in 1860, and were the founders of what is now downtown Danville.

These settlers were mostly merchants who started clothing stores, with some settlers going on to be staples in the community. There will be information about these prominent Jewish figures located in the archives.

Dara Goldman, director of the Jewish Culture and Society program, talked about how and why the archives are important for the students.

When describing the archives, Goldman said that the only way to fully understand this part of central Illinois history is to read the archives. Looking at the archives gives the community a firsthand account of the Jewish communities experiences and insights.

Mervis called the archives “highly significant” because “the history of these immigrant Jews were such a big part of the business district in these small towns.”

*Editor’s Note: A previous version of this article incorrectly referred to the director of the Jewish Culture and Society program as Sarah Goldman. The correct name is Dara Goldman. The Daily Illini regrets this error.