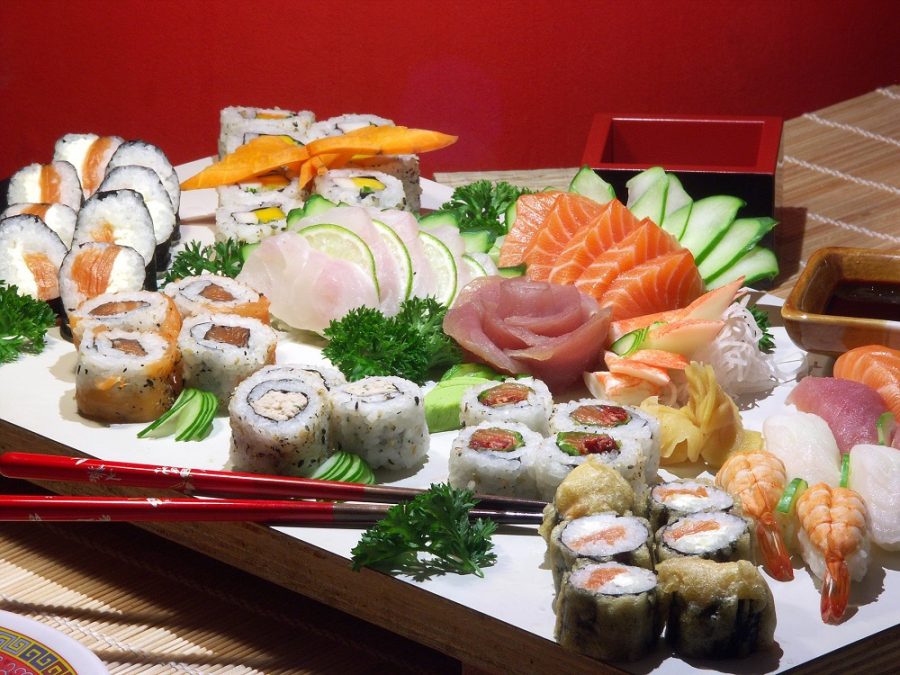 A decorative plate of sushi from the recently opened Japanese restaurant, Sushi Man. The restaurant opened in October and is located right on Green Street.

A new sushi restaurant called Sushi Man opened on Green Street in October. In the central part of campus, the location is right underneath the apartment, HERE.

However, there are many other sushi and Japanese restaurants on campus that have been in good business for months, which makes it more difficult for the owner, Anson Chen, to think of more unique and new ideas for his new restaurant.

According to Chen, one major thing that makes Sushi Man different from other sushi restaurants on campus is that Sushi Man uses fresh tunas, rather than frozen tunas.

Chen gets his fish from a supplier in Chicago every Wednesday. Since it’s on a weekly basis, there is no need to freeze the fish. Many people assume that fresh tuna has more of a red color but it’s actually the opposite because the more pink the tuna is, the fresher.

“People will know the difference between fresh tuna and frozen tuna,” Chen said.

He added how he can allocate more of the budget into the food and the ingredients because the restaurant is smaller and he doesn’t need as many workers to clean up the place.

Chen also takes the manager role and trains all his employees to follow his style and technique of making sushi. He looked for employees who have good customer service and are motivated to make the restaurant better.

“I like hiring younger people because they know the trendy styles in food and they work faster,” Chen added.

Even though he teaches his style of making sushi, he believes that his younger co-workers would add the trendiness to it. Chen also owns a few other restaurants on campus, like Paris Crepes and Pho Noodle Station.