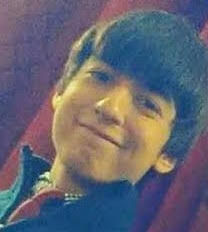 The body found alongside a roadway near Tolono on Saturday morning has been identified as University student Vicente Mundo, who has been missing since Jan. 25.

The cause of death has not been released, but the Champaign County Sheriff’s Office is treating the investigation as a homicide, according to a press release.

“I find so much consolation in knowing because that’s what was killing me,” said Julieta LaMalfa, Mundo’s sister. “It just seems like he didn’t suffer.”

On Monday afternoon, a Facebook account run by those closest to Mundo posted that the body was identified as him.

“We want to share with you the facts as we know them and remind you of the resources available to you on campus,” said Jeffrey Christensen, University chief of police, in a statement. “We do not believe this to be a random act.”

Mundo, junior in LAS, was reported missing to the University of Illinois Police Department on Jan. 27.

Police contacted Mundo’s family on Saturday after the body was found.

LaMalfa said she believed the body was her brother when she was given a description of a Hispanic male wearing a red Blackhawks hat.

“He went to his first Hawks game over break,” LaMalfa said. “I was sick. I was supposed to go with him, and now, I wish I had just kind of sucked it up and had went with him, so I could have that memory. But, I have so many great memories of him.”

LaMalfa said she wants to express her gratitude for those who worked to spread awareness about her brother’s disappearance.

“What people are willing to do to help in times like this … it’s so appreciated, and I’m just happy I wasn’t going through this alone and that I had people out there to go through it with me,” she said.

The Champaign and University police departments are still looking for Mundo’s car, a 2006 Acura TL, with a Chicago Bears vanity license plate reading 2557 B over D.

The University Police Department has created a webpage for Mundo, asking for anonymous tips and providing information regarding campus counseling center resources.

“We have a responsibility to Mr. Mundo’s family, his friends and our campus community to bring whoever is responsible to justice, and we will never give up on that promise until that happens,” the website said.

The departments do not believe there is any connection between Mundo’s murder and the disappearance of Cristian Zamora, a recent graduate from the University. Zamora has been missing since Dec. 31.

Charlotte and Megan can be reached at news