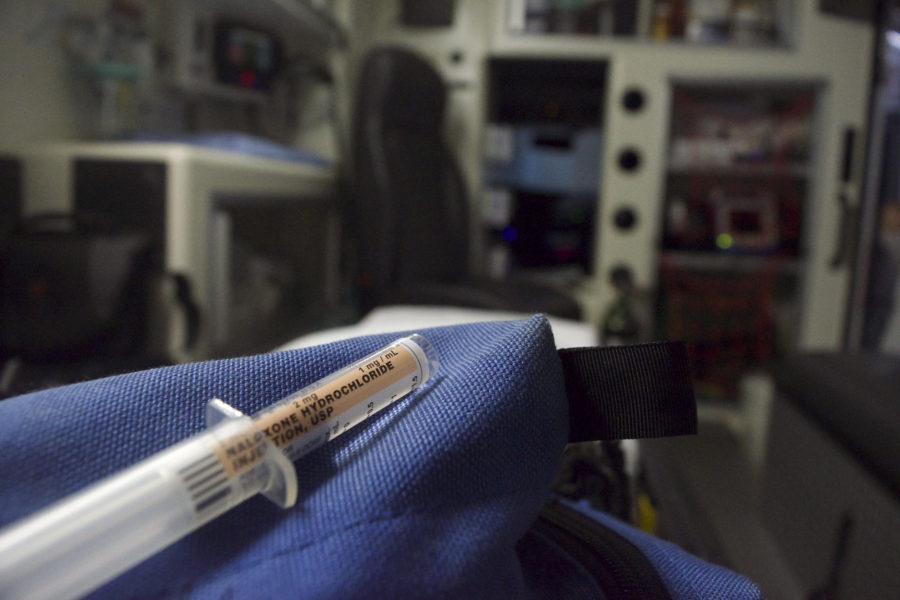 Narcan, also known as Naloxone Hydrochloride, is a drug that can prevent the effects of an opioid or opiate overdose. Now, the drug is in the hands of first responders and local sheriffs to prevent drug overdoses through a partnership between Carle Foundation Hospital and the Champaign County Sheriff’s Office.

Carle Foundation Hospital and the Champaign County Sheriff’s Office are taking steps to handle the misuse of both legal and illegal drugs. About 40 county officials will be equipped with the drug Narcan to counteract the effects of opioids when they are misused. Sheriff’s deputies on all shifts have been trained to administer the drug.

“Opioids block the receptors that make you breathe,” said Justin Stalter, the Emergency Management System Coordinator for Carle. “Patients can die quickly. Narcan goes in and clears those receptors so that you can breathe.”

In the past year, Champaign County has seen nine heroin overdoses, three of which were fatal. These overdoses cause respiratory failure, and many victims are unable to receive treatment in time.

“Narcan has been around for about 40 years,” Stalter said. “We’ve had Narcan on the ambulances ever since I’ve been around, since 2003. Narcan is not a new drug, but it is new to have it in the hands of law enforcement.”

When Narcan is possessed by law enforcement, which often arrives at the scene of overdoses before ambulances, it can be administered much sooner. The hope is that more lives can be saved.

Heroin, however, is not the only opioid that can cause respiratory failure from an overdose.

In Champaign County, there have been a number of cases involving abuse of prescribed opioids. Narcan is also capable of combating the respiratory failures that these opiates can cause.

“Statistically speaking, more people overdose and die on prescription painkillers than heroin,” Stalter said. “We see it in the back of ambulances. It’s not just heroin. It occurs just as often that it’s painkillers.”

Stalter has been involved with the training of Champaign sheriffs for administering Narcan to overdose victims. He said he feels training has gone well and the cooperation between Carle and the Champaign County Sheriff’s Office has been very fruitful.

“A lot of Champaign County officers are former EMS folks as well. It’s kind of a natural starting point for us because a lot of them know about Narcan and have used it in the back of an ambulance before,” he said.

There have been efforts throughout the state of Illinois to make quick-effective drugs like Narcan more available and accessible. Stalter said many first responder groups, such as volunteer firefighters, have licensing that, in the past, has prevented training and practice with emergency methods involving drugs such as Narcan.

“This intervention is out of their scope of practice. We want the state to change that scope of practice, but it’s a slow process,” Stalter said. “We’re to the point where we want people to have it. You can go into public health facilities right now and tell them you’re on opiates or you have a family member on opiates, and you can walk out of there with Narcan.”

Editor’s note: In a previous version of this article, Justin Stalter’s last name was misspelled. The Daily Illini regrets the error.