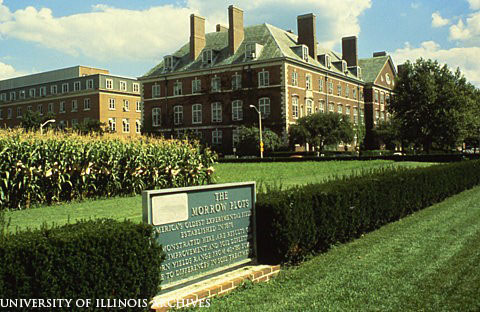 U.S. Secretary of Agriculture Tom Vilsack will visit campus Thursday to talk about the University’s role in agriculture and international food security.

Prior to his lecture, Vilsack will visit an energy farm with University faculty and will attend a post-lecture reception, said Rachael Dubinsky, U.S. Department of Agriculture public relations coordinator.

“One of the things he’ll focus on is obviously we have more mouths to feed, so how do we do that?” Dubinsky said. “And how do top-tier research institutions, like Illinois, contribute to that?”

Vilsack’s visit is sponsored by ACES and International Food Security at Illinois. IFSI is a program within ACES that uses the “expertise and resources of the U of I” to ensure people around the world have consistent access to safe and nutritious food, according to an ACES press release.

“With the Secretary’s advice and guidance, the College of ACES will continue to focus on the food system,” said Robert Hauser, dean of ACES in the press release. “From production to processing and distribution, to policy and consumer issues—in a way that leads to abundant and sustainable food for everyone throughout the world.”

Vilsack was appointed by President Barack Obama and began his service in January 2009. He previously served two terms as the Governor of Iowa; he has also served in the Iowa State Senate and as mayor of Mt. Pleasant, Iowa.

According to the USDA website, Vilsack spent his six years in office working to strengthen the agricultural economy in the U.S. He is also focused on building “vibrant”, rural communities and creating new markets for innovation in rural America.

Additionally, Vilsack serves as the first chair of the White House Rural Council. In his role as chair, he is working with the USDA to find new ways to connect the demand for investment in rural areas and the country’s financial community.

The University was established with the land-grant mission in mind after President Abraham Lincoln signed the Morrill Land-Grant Colleges Act in 1862. Colleges founded through the Morrill Act were to emphasize the study of agriculture, mechanic arts and military studies.

The University has since expanded its horizons but still places a large emphasis on agriculture. ACES conducts research on animals, crops, energy, the environment and communities.

The lecture will be held in the ballroom of the Alice Campbell Alumni Center at 12:30 p.m. Lecture attendees will have the opportunity to ask Vilsack questions and there will be a reception following the lecture. Attendance is free and open to the public, however attendees are asked to register through the University’s website.