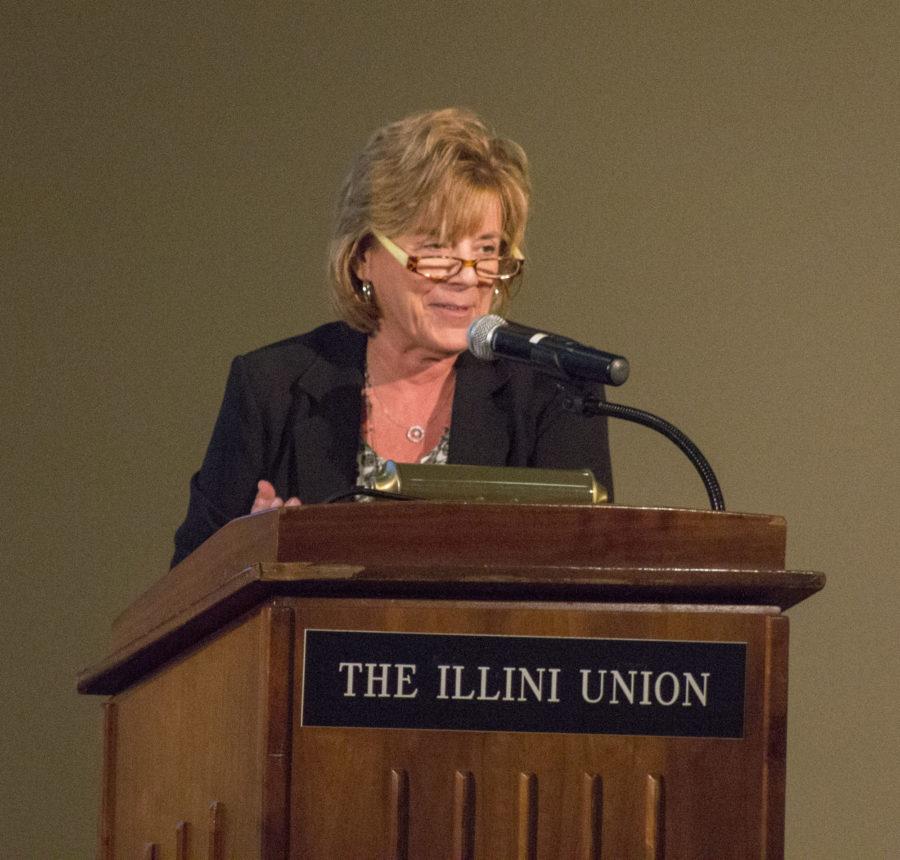 1) Interim Chancellor Barbara Wilson has been in her role for five weeks now. And she doesn’t want the job.

At Monday’s Academic Senate meeting, she said she loves the University but does not want to be in her role. She said she only took the position in hopes of helping the Urbana campus get out of its current situation after the resignations of former chancellor Phyllis Wise and Provost Adesida Illesanmi.

2) One of Wilson’s main goals going forward is to restore trust among the campus community.

“Even some of our students, I think, have lost trust in what we’re all about here,” Wilson said during her opening remarks Monday.

3) The creation of the Carle-Illinois College of Medicine is “moving forward forcefully and actively,” Wilson said.

A dean search is ready to be launched and the University is working on a number of research agreements with Carle Foundation. The agreements need to be signed by the end of October.

4) If a “passionate donor” comes forward, the name of the Carle-Illinois College of Medicine could return to the senate to vote on a name change.

The University hopes to enroll its first class by 2017 and Carle Foundation donated $1 million.

5) University administrators are still waiting on the state to decide FY16 appropriations for the University.

“We do need to get the word out about the value of higher education in this state,” Wilson said. “We’ve been a little quiet on that and I think we can do better.”

6) President Timothy Killeen and Wilson plan to meet with local chapter members of the American Association of University Professors.

They hope to discuss how the University can work toward being removed from the censure list for violating academic freedom after the rejected appointment of Steven Salaita.

7) The Academic Senate agreed upon a process for selecting the next chancellor for Urbana.

The Senate Executive Committee proposed the process, which involves a committee of faculty and staff members who will consult with an external search firm.

8) Biographies for all chancellor candidates nominations will be presented to the entire Academic Senate for review.

Killeen said he is very dedicated to being transparent with the search.

9) The Academic Senate supported a resolution to urge the Board of Trustees to postpone the implementation of a new background check policy.

The policy was approved at the board’s Sept. 10 meeting.

10) Wilson said “it’s really not up to me” on the employment of Salaita.

Wilson was asked on her opinion by Bruce Levine, history professor. Salaita is still suing the University.