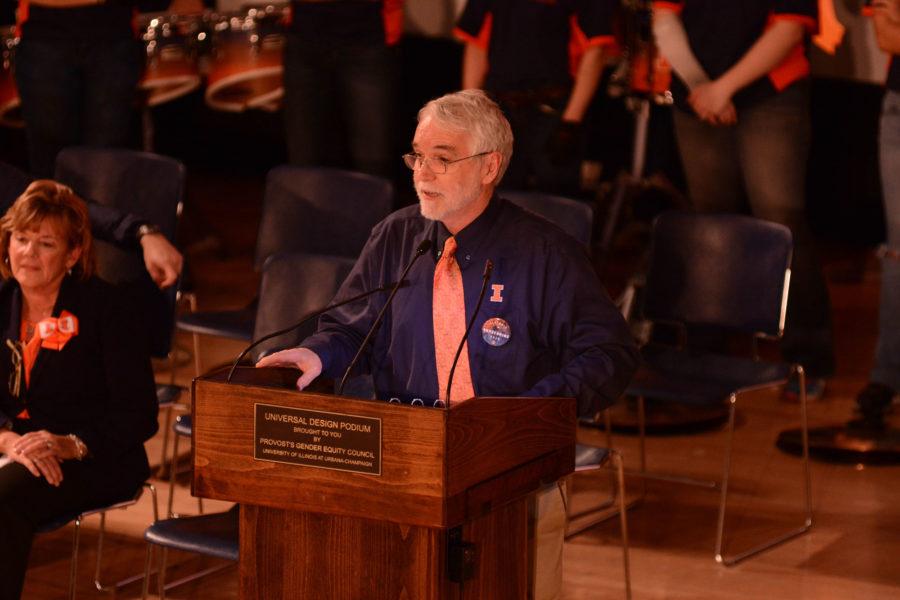 President Timothy Killeen proposed two changes to Board of Trustees protocol at the Governance, Personnel and Ethics committee meeting Thursday.

Trustee Timothy Koritz announced Killeen’s request to waive the five-year retention bonus that is currently included in his contract.

He will earn a $30,000 bonus every year he is president for the first five years of his time at the University, according to his contract. Once Killeen has served five years he will receive the entire bonus — a total of $225,000.

Koritz said Thursday Killeen wishes to waive the bonus because he considers being able to serve at the University an honor and privilege.

Trustee Patricia Holmes confirmed that Killeen will still be eligible for a performance-based bonus. The committee unanimously voted to forward Killeen’s request to the board.

The request comes after a debate over former Chancellor Phyllis Wise’s $400,000 bonus following her resignation in August. Gov. Bruce Rauner weighed in on Wise’s bonus, as well, saying it should not be awarded. The bonus was never awarded.

Killeen currently earns $600,000 a year and can earn another $100,000 in annual performance-based incentives.

Killeen also proposed more casual, informal discussion between trustees and University faculty members. He suggested small group meetings as well as more social time when there is not a second executive committee meeting during Board of Trustees meetings.

Koritz raised concerns dating back to 2009.

“We understand the shared and current frustration about the current predicament,” he said.

Koritz said the 2009 admissions scandal made faculty members feel uncomfortable when approached by board members. Although, he said he knows much has changed in the six years since, Koritz cautioned trustees to consider how board members approach faculty.

“There’s no stiff, formal protocol for conversations,” Killeen said. “Just something we’d like to try.”

The committee also unanimously voted in favor of forwarding a recommendation to appoint James Anderson, professor in Education, as an advisor to the athletic board on the Urbana campus.

“This is a pretty easy path for him, he knows it quite well,” she said.

The board will vote on these proposals at its Nov. 12 meeting in Chicago.