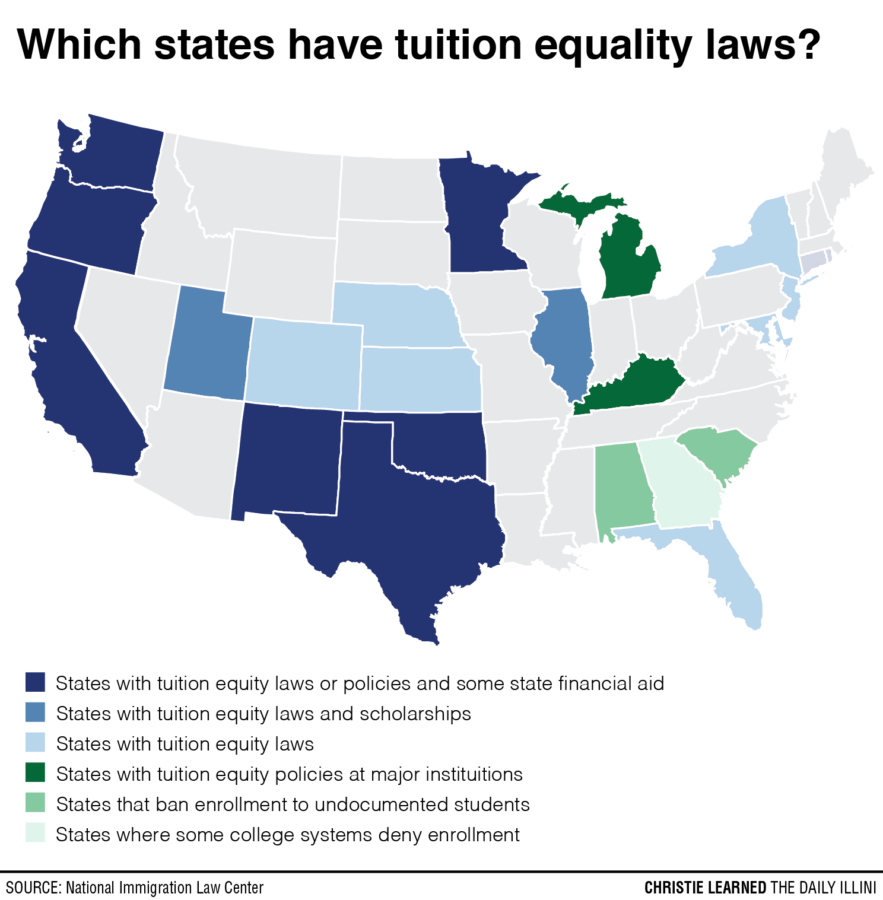 For 1,500 undocumented students attending public universities in Illinois, one clause often limits their opportunity to receive financial aid: legal residency in the U.S.

“I know a few [undocumented] students who excelled at their academics in high school, who had really great scores, achieved extremely high educational attainment, but were unable to go to college because they were unable to gather the money in conjunction with scholarships, merit, outside sources to go to college,” said Amoria Antonie, junior in Urban Planning and employee at La Casa Cultural House.

A coalition of students, administrators and faculty members from universities across the state have decided to combine efforts to combat this situation. Nine Illinois Universities, including University of Illinois at Chicago and University of Illinois at Urbana-Champaign, have contributed to the creation of the Student Access to College and Career – Education for Statewide Success Bill (ACCESS). According to the bill’s factsheet, the bill will provide legal authority to four-year public universities to give aid to undocumented students who enroll there. Mark Chiang, a professor of English and Asian American studies at the Chicago campus, acts as a co-chair for the task force behind the bill.

“I feel that undocumented students that come to this country, who come here with their parents, and have lived here, in most cases, for nearly all their lives . . . deserve to have a chance to fulfill their educational goals that they’ve worked so hard to achieve,” Chiang said. “Because of lack of access for financial aid, undocumented students face much larger obstacles achieving their educational goals than other students.”

Since he joined the task force this fall, Chiang has pushed for new ways to encourage state legislators to support the bill. In order to support the bill, undocumented students contributed testimonials about their struggle to pay their way through college.

“The strategy is fairly straightforward,” Chiang said. “When people go to visit [legislators], generally it’s a group of students with a faculty person or a community organizer … and very often some of the students themselves are undocumented, and they’re simply telling their story about the hurdles that they face and the difficulties that they’ve gone through in trying to simply graduate from college.”

The difficulties undocumented students face in independently paying for their education is seen across the University, Antonie said.

The Student ACCESS Bill is still in its planning stage. Due to the current Illinois Senate’s budget impasse, the bill has never been brought for debate.

Although Chiang does not think the bill will be brought to the senate until budget issues are resolved, he plans to continue his effort for the bill. Although the bill is still stuck in gridlock, he hopes to outline the future for his work on a Nov. 11 conference held at 1:30 p.m. at the Chicago campus.