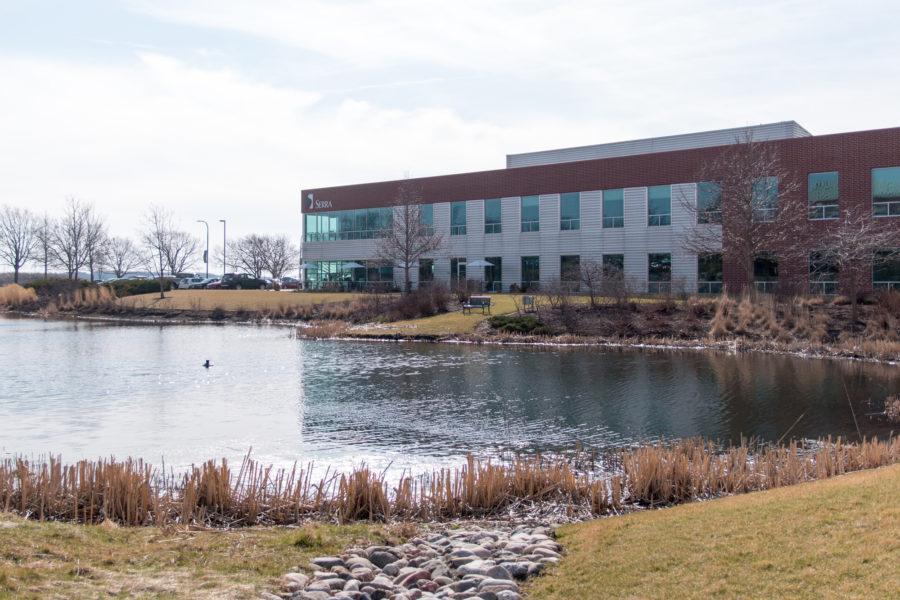 The Sierra building at Research Park.

Capital One opened a new digital lab — its first on a university campus — and began employing undergraduate students in October.ss

The company hopes to create a hybrid model that will employ full-time and part-time students at the lab, said Patrick MacKay, director of the Capital One Illinois Research Lab.ss The lab plans to hire more students in 2016, in addition to the seven interns who are currently working there.

Vinisha Doshi, junior in LAS, said the University does a good job of encouraging students and faculty to take part in research.ss

“A lot of the professors want students in their lab,” Doshi said. “U. of I. definitely helps with that and helps us find good labs.”

Laura Frerichs, director of Research Park, said the lab has already received interest from students across campus.ss She said the digital lab allows for integration between a variety of programs on campus — more than just those that deal with science and engineering.

Capital One first began talks of opening a lab at the University when Karen Peterson, Capital One employee and University alumnus, and her colleagues toured the park in October 2014.

MacKay said Peterson — who studied electrical and computer engineering at the University — initially reached out to the Research Park administration to propose a collaboration between the company and the University.

“It speaks a lot to the quality of our students and the opportunity (Capital One) saw here,” Frerichs said.

“A university like Illinois is a wonderful place to recruit because you have quality as well as quantity,” he said. “The size of engineering, computer science and electrical engineering is larger than the next four schools combined.”

Capital One will work with faculty members and students in their efforts to take the brand in the direction as a more technology-based service provider, MacKay said.

Frerichs, agreed that Capital One’s focus on technology marks a shift in how the business is regarded.

“Capital One is a technology company that happens to be in banking,” she said.

MacKay said some of the topics of interest for the lab include cloud computing, mobile developments and open source software.

“We firmly believe that mobile is the new bank branch,” he said.