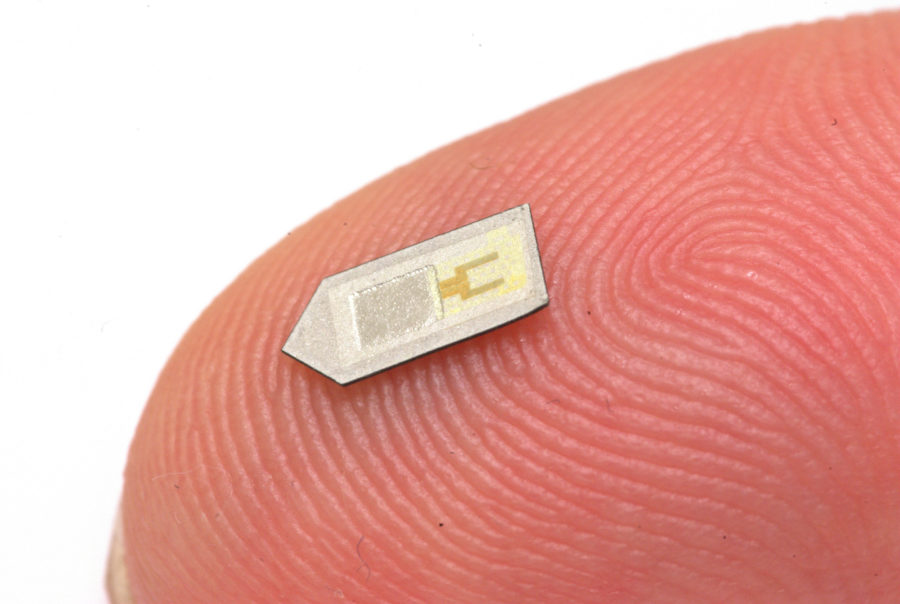 John Rogers, Chemistry professor, developed a sensor that can monitor brain injuries and dissolve when the injury is healed.

A chemistry professor at the University has developed new medical technology that performs a disappearing act.

John Rogers, chemistry professor, said it was through conversations with neurosurgeons that led him to develop a new brain sensor. The sensor wirelessly transmits data about a patient’s temperature and pressure from the sensor attached to the brain to a sensor planted on another part of their body. These two parameters need to be monitored during a patient’s recovery, which usually lasts a week, because they can indicate potential complications.

The second sensor is placed in a part of the body where its removal is much less harmful than if it were in the brain. Once the sensor is done with it’s job, there is no need for a second operation to remove it because the sensor simply dissolves.

“Our ultimate goal is to develop a technology that has utility for the human population,” Rogers said. “Realistically the research is at the earlier stages, but we’ve demonstrated the ability to make the device and make the measurements at the required accuracy and in a bioresorbable form.”

The sensor is made from materials that are already commonly found in the body, such as magnesium and silicon, that are also inexpensive. It is currently 85 percent resorbable, takes about two to three months to dissolve, and has no long term effects on the body.

“We had been working in bioresorbable electronics since 2012 and have developed a whole range of materials that allow us to do different kinds of functions in electronics with materials that are biocompatible and which dissolve in biofluids,” Rogers said. “Neurosurgeons became aware of that work and identified an application of relevance to their field specialty.”

One of those neurosurgeons was Rory Murphy from the Washington School of Medicine in St. Louis, who recognized the technology’s potential.

“I was reading about (Rogers’) work in journals and I thought we could use this technology and his knowledge for the brain,” he said. “We do deal with a lot of brain injuries, but other problems can occur.”

Jeff Karp, an associate professor from Brigham and Women’s Hospital and Harvard Medical School, was also intrigued by Rogers’s work.

“There’s a lot of opportunity for implantable devices that can sense all kinds of cues,” he said.

The sensor is currently being tested in animals, but Murphy said the hope is to eventually use these sensors in human patients. But, Karp said, the transmission into humans presents new challenges that need to be addressed.

“One of the key challenges is that you really want to miniaturize the systems, be able to deliver them via a needle, for example,” he said. “John Rogers and his team have been able to develop a system that addresses these problems and this work really just puts us up a step further in terms of being able to monitor signals, in particular in the brain.”

Murphy said these sensors can be used to monitor the brain after surgery, and possibly even as a tool for diagnosis.

“It opens up new avenues to make diagnoses and get information from a person, and the sensor then dissolves away,” he said.

Rogers said he hopes to improve some of the engineering aspects of the sensor, such as extending the time which it is able to relay data to the wireless receiver, which is currently about five days. He also wants to make the sensor 100 percent resorbable.

“What we’d like to do is over-engineer the system so if the neurosurgeons say they’d like it to operate for a week, we’d like to make it so that it operates for two just so we have some cushion,” he said. “So we’re coming out with advanced embodiments that offer longer periods of stable operation.”