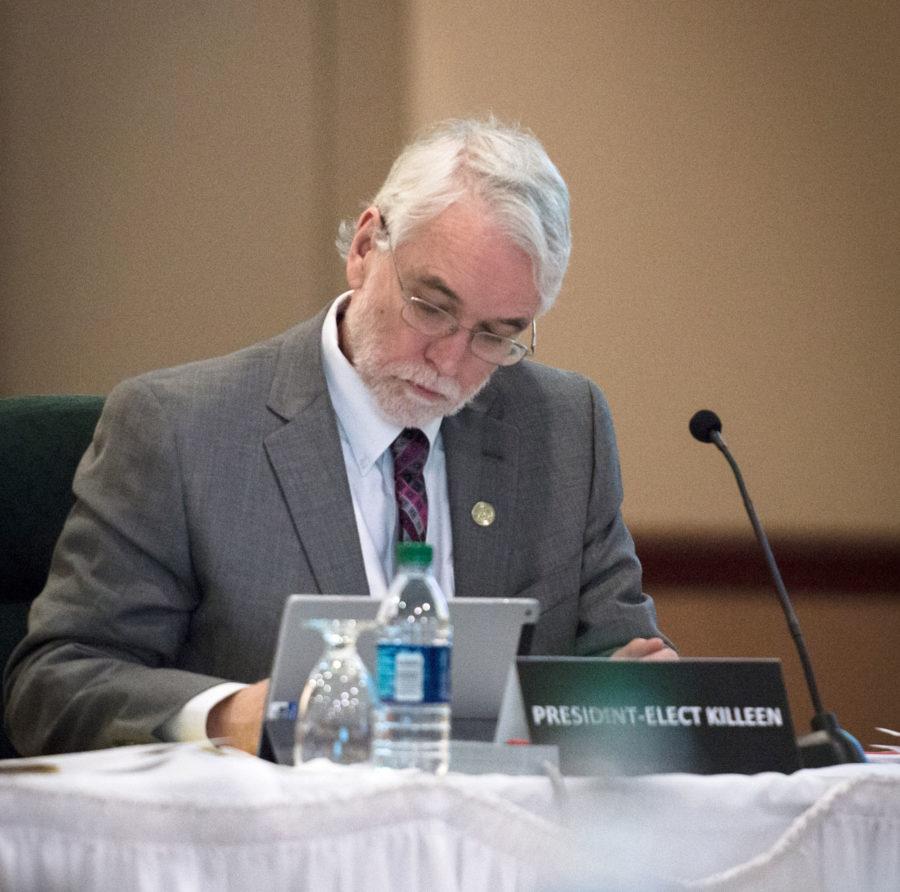 President-elect Timothy L. Killeen takes notes during the board of trustees meeting at the Illini Union on Thursday, March 12, 2015.

According to the Massmail, the town hall meetings will consist of “robust and thoughtful discussions about the draft plan” of the University’s strategic plan.

The University’s strategic plan website states the strategic plan initiative, led by Killeen, is “a process that will chart the institution’s path to the future and build on the U of I’s rich legacy of service to students and to the public good.”

Ih the Massmail, Killeen said the initiative is being guided by a steering committee and faculty and staff from across the University system.

“The goal continues to be a concise and highly impactful plan for the University’s future to be recommended for Board of Trustees approval in May 2016,” Killeen said in the Massmail.

Killeen, along with Interim Chancellor Barbara Wilson, will host a town hall meeting on the Urbana campus on March 14 from 1p.m. to 3 p.m. in the Deloitte Auditorium of the College of Business Instructional Facility.

Killeen originally announced the strategic plan initiative in August 2015, shortly after he began serving as the University’s president. The town hall meetings held in March will be the second set of meetings regarding the initiative.

“It will craft a strategy that is rooted in evidence and guided by experience,” Killeen said of the plan in August.