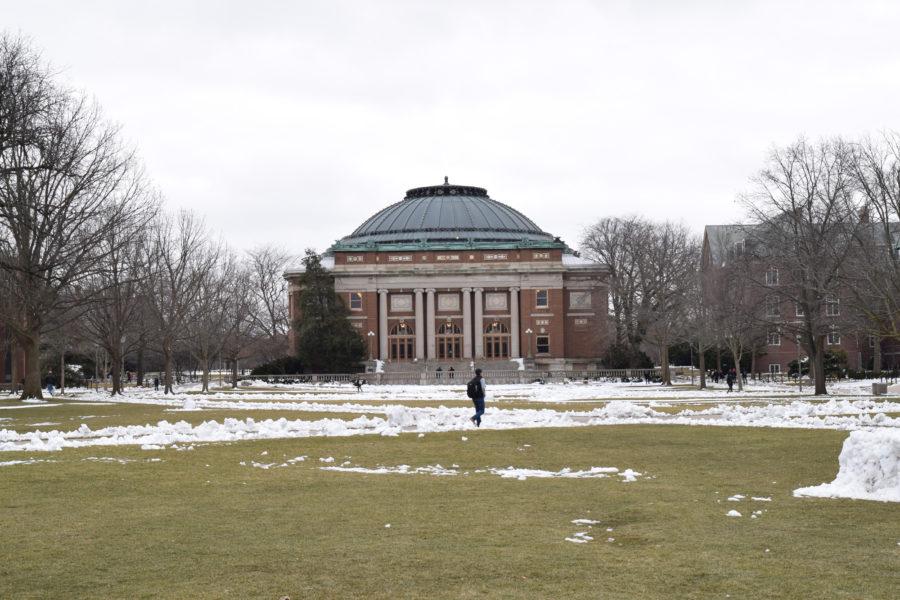 When Matthew Rice was a senior at Adlai E. Stevenson High School in Lincolnshire, Illinois, as a member of the Political Action Club, he was tasked with determining why students chose out of state schools as opposed to those in Illinois.

In August, state legislators passed a bill requiring colleges to accept Advanced Placement exam scores of 3 or above, but the University’s decision to delay implementing the policy has raised concerns among students.

Before the bill was passed, policymakers and educators across the state, including Daniel Larsen and Andrew Conneen, teachers at Stevenson, tried to understand how AP scores affected students’ decisions on where to attend college.

“When we began working on this legislation, Andy Conneen and I, sought an equitable standard for AP students seeking college credit. A number of states had already done this,” Larsen said.

The new law would apply to students entering college in the 2016-2017 school year and is designed to streamline AP credit across Illinois.

To understand how this was affecting students they approached the school’s Political Action Club.

Rice, freshman in LAS, was an active member in the club when the legislation was being discussed.

“One of my responsibilities working with this political team in our high school was to collect names of seniors my age that were graduating who weren’t going to Illinois because other schools had better AP policies,” Rice said. “The idea was that Illinois was losing top talent to states like Wisconsin, Indiana and Ohio because they had laws where you would get credit for scores 3 or above.”

Rice worked alongside Larsen and Conneen to approach Representative Carol Sente who helped build bipartisan support with legislators across the state. Arguments against new policies lost credibility once evidence of the success of similar policies was presented.

Once the law requiring the acceptance of AP scores of 3 or above was passed in Illinois, multiple state schools including Northern Illinois University, decided to apply it to the incoming class. The legislation, however, didn’t require schools to take action until the following year.

Students at the University felt the need to contest the decision to defer the implementation of the policy until the enrollment of the class of 2020.

“We talked as a committee and decided it would be appropriate to ask the administration to grant credit under the new law which was passed before the class of 2019 started at Illinois, and after they had been accepted,” said Collin Schumock, the chairman of the Illinois Student Senate Academic Affairs Committee.

A proposal to retroactively apply the law to the class of 2019 was sent out to all of the academic departments to decide how much credit should be allocated for each score. The departments reviewed data and the performance of previous students who received AP credit for their courses in order to reach a consensus.

“When we drafted this resolution, we didn’t fully understand what the University was going to do with the AP law,” Schumock said. “What ended up happening in some departments is that they decided to reduce how much credit they gave for 4s and 5s. Our realization was that this AP bill that we sent to Educational Policy, if passed, could retroactively take some credit away from students.”

The intention of the proposal was to grant credit that students deserved, not take away credit they had earned. The most recent edition of legislation explicitly states that no credit will be taken from students who already received it. Given the lack of precedent for this case and its retroactive nature, it will most likely fail at the will of the administration, Schumock said.

Schumock said the process restored his faith in academic departments and demonstrated the diligence they express in their decision making.

Rice, though accepting of the decision, questions the University’s motives and the impact it will have on students.

“I know their concern is financial but from my perspective, if you come into the University of Illinois with a lot of AP credit, you go right into the classes that you want to take,” he said. “You can go right into your major and study what you want to study here, and I think that’s what college is all about.”