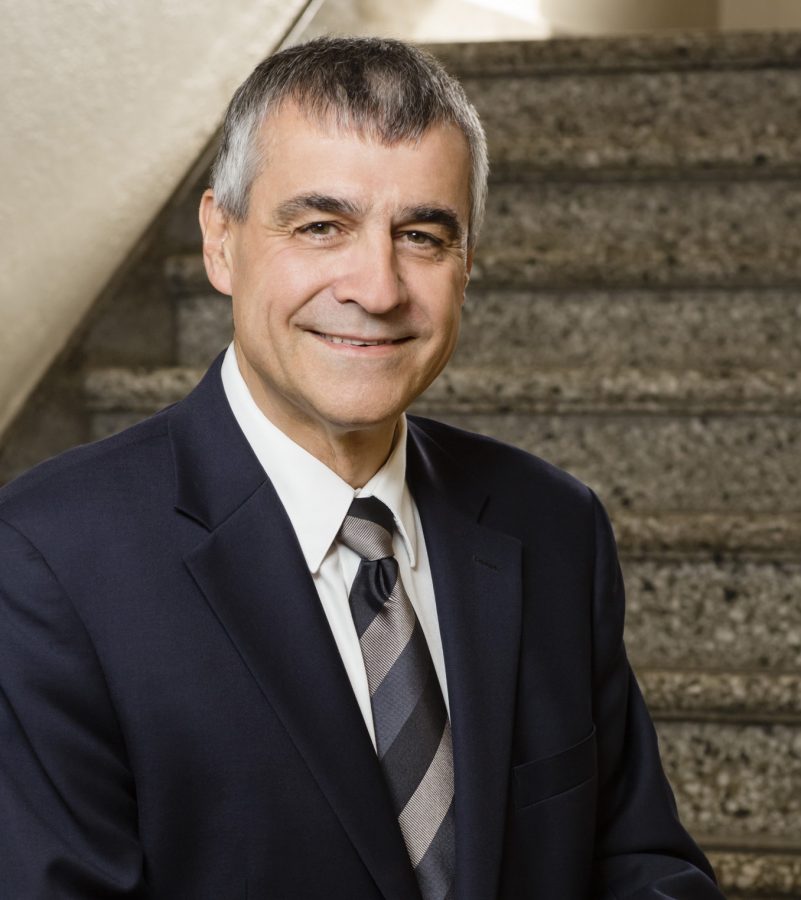 Courtesy of the University of Illinois

President Tim Killeen said the process for finding Pierre’s replacement is under review, but will be designed to ensure an appropriate continuity of leadership.

“It has been a privilege for me to serve this world-class university for the past five years,” Pierre said in a press release. “The University of Illinois has tremendously dedicated and talented faculty, students and staff, and I am upbeat about its future.”

Killeen said Pierre has helped develop financial strategies and structural reforms to help navigate the University system though the challenges of the ongoing state budget situation, and he has been a leading advocate for student access and affordability. During Pierre’s nearly five-year tenure, the University system has frozen tuition for incoming Illinois freshmen two years in a row. This came after two years where rates grew by an inflation based 1.7 percent.

Under Pierre, enrollment also grew across the University system, from about 76,000 students to more than 80,000 in the fall of 2015. These enrollment gains boosted tuition revenues, which helped support University operations when the state budget impasse caused a reduction in University funds to about a quarter of the $650 million in state appropriation from the prior year.

“Christophe has been a valued colleague and trusted advisor under three presidents,” Killeen said, “And I am especially grateful to him for sharing his leadership, insights and experience to help guide me during my first year in office.”

Editors Note: A previous version of this story said Pierre was the VP for student affairs. He is the VP of academic affairs. The Daily Illini regrets this error.