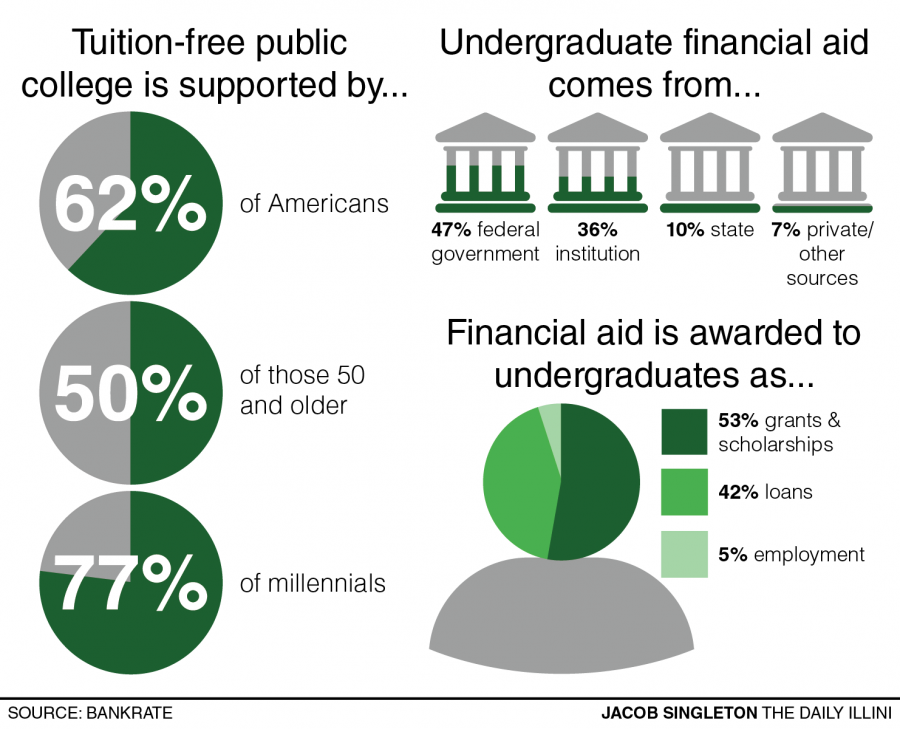 Due to the continuing state budget crisis, financial aid is in jeopardy for the 69 percent of students who rely on it to fund their education.

And for some freshmen, financial aid was an important factor in choosing which college to attend.

“I received about $15,000 from Ohio State and even more from Mizzou, however, even with that money, the ending price I’d be paying per year was comparable for all schools,” said Deangelo Medrano in an email. He is a freshman in LAS.

While the University did receive stopgap funding from the state legislature, there are still aspects of financial aid that remain uncertain.

A situation in which the state stops funding the MAP Grant program would be detrimental to a large number of students, as University students receive over $26 million in MAP Grant funds every year.

Despite the uncertainty surrounding the state budget, financial aid is still being awarded for this school year.

“We won’t know the final amount of financial aid awarded/disbursed until the year is over, but we anticipate that the total will be more than $800 million,” Mann said.

Even students who don’t receive the MAP Grant funding are preoccupied with the budget’s effect on their financial aid package.

“Sixty-six percent of my scholarship(s) is from the school and I am concerned because I don’t think financial aid at UIUC can sustain itself for long without a state budget,” said Jassiem Renfro in an email, freshman in Business.

Medrano said he is also worried about the budget.

“I know that the budget crisis is affecting all schools and one of the main reasons I came here was because of the vast amount of resources the school has,” he said. “The idea that those resources are in danger because of financial instability is frightening.”

Both freshmen expressed that while what they had received in financial aid is what they had expected, they both had wished for more.

“I absolutely think higher education should be tuition-free. So many young adults with a lot of potential are not able to succeed because of a lack of access to affordable education,” Renfro said.

Not every millennial shares this sentiment.

“I disagree that college should be free. Especially with schools as big as U of I, it is understandable that some debts have to be paid through tuition,” said Medrano. “I do, however think that going through college should be much more affordable so that so many more people have the opportunity to get a great education.”