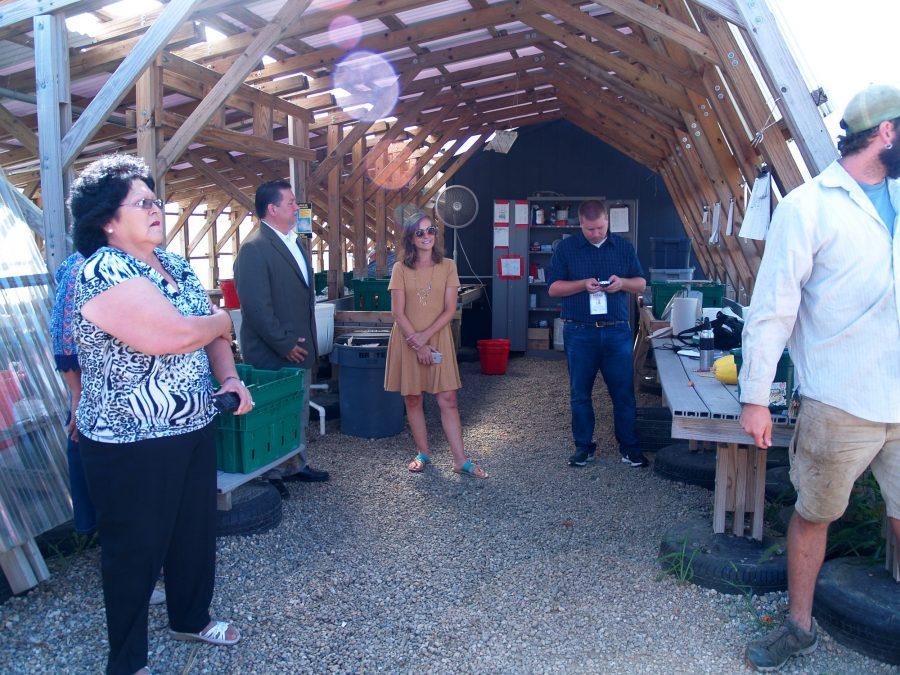 When Bernadine Burnette, the president of the Arizona-based Yavapai Native American tribe heard the University of Illinois was hoping to name its new residence hall after the school’s first Native American graduate, she thought, “It’s about time.”

The new residence hall, Wassaja Hall, is the first University building named after a Native American on campus.

“I am excited to tour the hall and see what it looks like, and even just to see his name on the plaque,” Burnette said.

Burnette and other members of the tribe visited campus Wednesday and Thursday to see the new residence hall located in Ikenberry Commons: Wassaja Hall, named after Carlos Montezuma. Montezuma was named Wassaja at birth, which means “beckoning” in the Yavapai language.

Burnette is a fifth generation relative of Montezuma, and she said she’d hear stories from her grandparents about Montezuma’s mission to obtain a PhD.

“At the time when Wassaja did that, it was groundbreaking for him to do that,” she said. “It sure was, back a hundred plus years ago. Through histories and stories that are told to us, he had that vision and the dream to be a leader and educator for his people and amongst natives in his country.”

Montezuma graduated from the University in 1884 and consistently fought for Native American rights. Burnette said she hopes students realize the endurance and perseverance Montezuma had to co-mingle and work with all races. She said he was a firm believer that education is equal among all students.

A dedication ceremony of the hall will take place at 1:30 p.m. Thursday.

She said the family participated in helping select the designs of the hall, and she is excited to see them in person and meet the artist, Lynn Basa. Basa created a series of baskets that make a path, increasing in size, to the residence hall. The baskets also light up at night.

“It’s really a vision or a dream come true for my tribe to come here for one of our elders and ancestors,” she said. “This is a historic event for my tribe.”