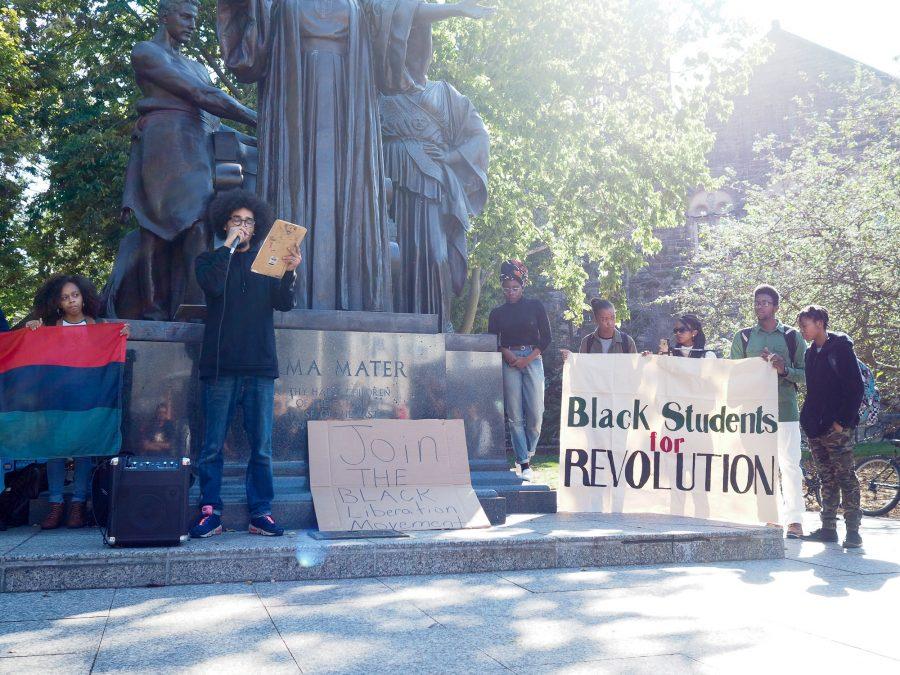 After more than fifty students walked out of class Monday, Alanna Williams began the rally with a poem called “Can you hear us now?”

Black Students for Revolution organized a walkout of class Monday afternoon. The participants met at the Alma Mater and then marched to the chancellor’s office to deliver a list of demands to improve the University.

Another focus is shifting the demographics of the University to mirror those of the state of Illinois.

“Currently we have around 5 percent black students on this campus but Illinois as a state, has almost 15 percent of black (population). So as we transition, (we) become more equal in that regard,” said Sunny Ture, a representative for Black Students from Revolution. “We estimate by fall semester 2018, we want them to double retention or recruitment rates for underrepresented minorities.”

Williams’ poem drew applause and snaps from the crowd, with an “alright” chanted every now and then throughout it.

“Show that Illini pride, they say,” said Williams in her poem. “They say U of I is a place of diversity and inclusion but it’s our five percent that face the adversity and confusion,” she said.

Following the rally, the students took their march down Green Street with signs reading “Black Students for Revolution” and “#WeDemandBetter” leading the way.

Echoes began to overpass the noisy traffic. “We Demand Better” was being chanted as the students marched their way to the chancellor’s office to deliver the letter of demands.

This report was compiled by Ashley Harris and Sabrina Yan.