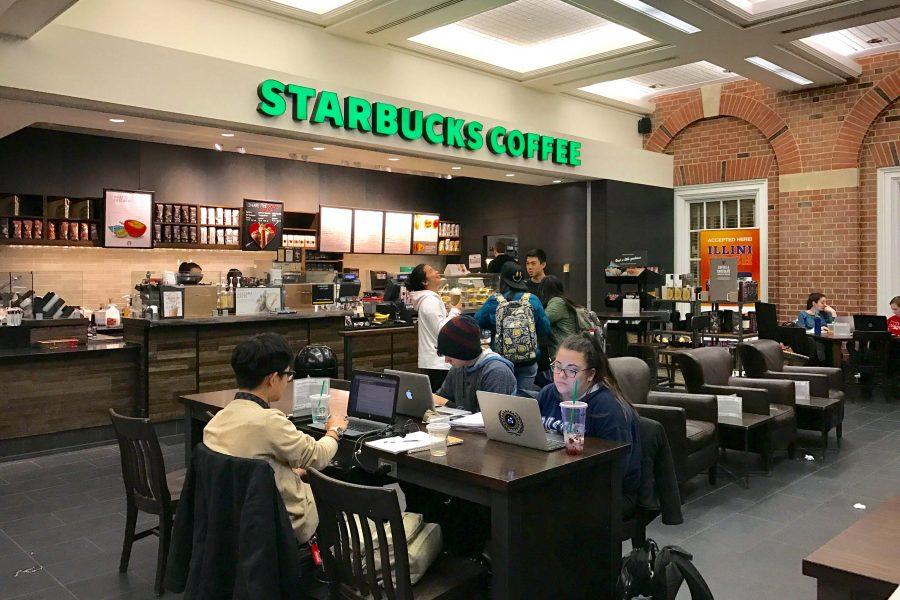 While there are plenty of options for students to choose from when it comes to grabbing a cup of coffee on campus, Starbucks is a favorite for many.

Yet loyal customers of the coffee chain may find it difficult to benefit from the company’s membership program.

Of the six Starbucks locations on campus, only three of them are corporate stores. The remaining three are licensed stores: the Illini Union, the Illini Union Bookstore and Oregon Street locations are owned by the University. This creates problems when it comes to streamlining company software.

“We can hand stars out and because we are a licensed store and we have to provide our own software, they don’t sync up with the corporate Starbucks software,” said Chelsea Acree, assistant manager of the Starbucks in the Union Bookstore. “So that’s why we can’t take the star rewards because it will not take the stars off their (the customer’s) account.”

“There are Starbucks that are owned by the University of Illinois, so that’s the bookstore Starbucks, the one on Oregon Street and the one in the Union,” Acree said. “Those are the three that cannot accept the star reward.”

Acree said that the other aspects of the stores are still the same as corporate stores. They must follow all corporate procedures.

“We have someone from the corporate office come by at least once a month or once every two months,” Acree said. “We have Starbucks operation manuals. We follow all of their rules and regulations, their drink recipes. They are all the same.”

While the drinks and procedures may be consistent, some students believe that they shouldn’t be cheated out of benefits that they otherwise would have access to.

“Because we are students and we run on coffee all the time, I feel like we should be given the opportunity to use our rewards and have more promotions,” Kristina Garcia, sophomore in AHS, said.