Undocumented, but not unworthy 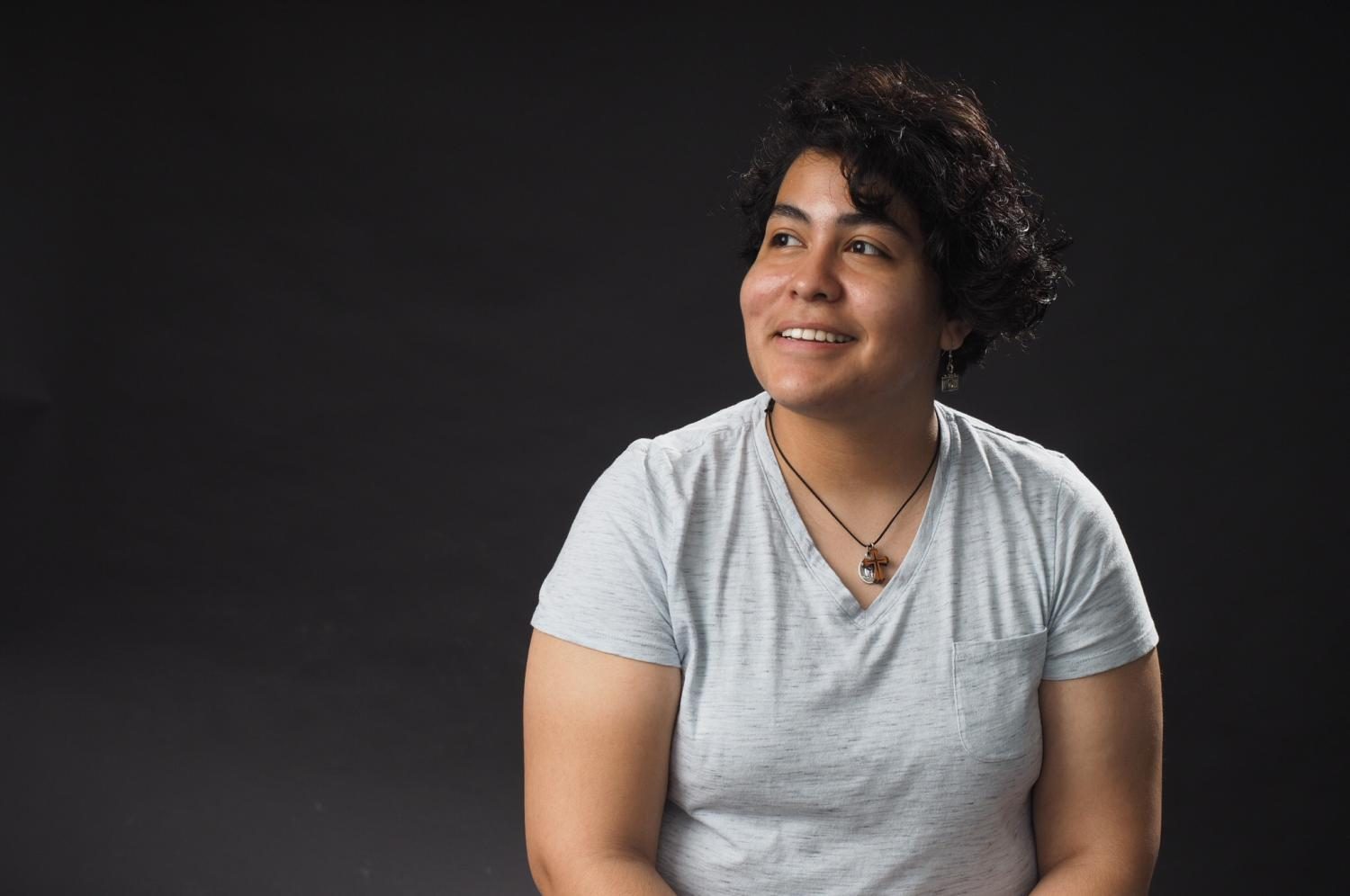 It takes about three hours to drive from Fox Lake, Illinois, down to the University. Two days before Ana Rodas, junior in FAA, is set to make the nearly 200 mile road trip for the second time, she and her father sit in the dining room.

They aren’t eating dinner, but instead are sitting in the corner of the room at her father’s desk, going through countless pieces of paper. Rodas’ father has kept every award and accomplishment his daughter has received from first grade until her senior year of high school.

“For hours, we looked through stuff,” Rodas said. “Something that he wanted to have consistent through all the years was report cards, honor roll certificates and even the recognition (awards) from sports too.”

She isn’t bringing these awards to show off to her new roommate. She needs them to prove to the University that she is American, even if she didn’t have the official documents to support it.

Rodas is an undocumented student. She was born in Guatemala and came to the United States when she was six years old.

“(The University) had me listed as an international student, so I had like $43,000 towards tuition,” Rodas said.

In order for her status to be changed, Rodas went to the Office of the Registrar and explained her circumstances as an undocumented student. But when she finished, the University employee who was supposed to help her shifted the conversation from Rodas to her parents.

“The first thing that the lady said was, ‘How did you guys drive down here?’” Rodas said. “‘You can’t drive without a driver’s license.’”

Rodas’s parents told the employee that they did in fact drive and from that point on, it was question after question — none of which pertained to their daughter’s academics.

She didn’t envision her trip going like this. But the feeling she got from it was just another reminder of how her life has been repeatedly impacted by a few sheets of paper.

“I did the same stuff you did (in grade school and high school), possibly even more — but people don’t see past that.” Rodas said. “They just get stuck in that first identity of like, ‘Well, you’re an immigrant, you don’t have documents, and I don’t care about you anymore.’”

Gioconda Pérez has been the director of La Casa Cultural Latina, the Latin American cultural house at the University, for almost four years.

Pérez was one of the first people Rodas and her family spoke to following their unpleasant incident. After hearing what had happened to them, Pérez was determined to show the Rodas family that there were University employees who cared more about Rodas’ education than about her parents’ immigration status.

“Undocumented students don’t get financial aid at all, so (Rodas’ parents are) actually paying out of pocket for Ana to come here and they’re investing in her education. And that’s the way they were treated?” Pérez said. “I remember I got really upset. I called people. I said, ‘How is this happening? How can we be doing that?’”

Those questions were the inaugural components to a relationship that has blossomed since that first day. Pérez has continually given Rodas advice on how to succeed despite the system. One tip she gave Rodas during her freshman year was to try and become a resident advisor since their room and board fee is waived. Fast forward three years, and Rodas is finishing up her first year as a University Housing employee.

Pérez doesn’t take credit for Rodas’ success at the University, but said that seeing her and other students achieve their goals gives her the motivation to keep going.

No sanctuary, no problem

On Dec. 6,  2016, University President Tim Killeen made an announcement that the University would not become a sanctuary campus, or a campus that implements policies that specifically protect undocumented students.

Despite the University’s position, Jorge Mena, an assistant director of La Casa, believes that the term ‘sanctuary campus’ is simply a symbol, and there are plenty of other ways to advocate for undocumented students.

“While we might not have the title of sanctuary campus,” Mena said, “that doesn’t mean we can’t ask for all of the very specific things that would make it seem that way.”

Since joining La Casa almost one year ago, Mena has been instrumental in helping the cultural house provide more support for undocumented students.

One example of that support can be seen through the Illinois Coalition Assisting Undocumented Students Education. Every other week, members of this group gather at La Casa to discuss their experiences.

In addition to its informal meetings, the coalition has also reached out to those who may not identify with the undocumented community through ally training.

Each training session covers four modules: Immigration 101, Deferred Action for Childhood Arrivals (DACA) and Administrative Relief, Ways to Support Students and a Student Panel. The goal is for attendees to become more educated about topics pertaining to undocumented students, and to disprove a lot of misconceptions.

Rodas is one of eight coalition leaders and helped to create the “Dos and Don’ts” handouts that are given to attendees at every training session.

Aside from person-to-person contact, La Casa has also taken its advocacy to the web. Back in February, Mena helped launch open.illinois.edu, the University’s website for information regarding undocumented students.

Forget everything and rise

That day, her ever-present grin was gone, her eyes were stoic and her pain was clear.

“I felt so alone,” Rodas said. “So isolated from life, like, ‘What is the point of me going to class now?’”

Despite doubts about newly-elected President Donald Trump’s views on undocumented immigrants, Rodas’ family encouraged her not to give up. They had come too far.

Rodas’ uncle was the only person she could reach out to in hopes of getting a loan for school. And although she is grateful for his help, that was only for her freshman year.

During her sophomore year, her parents made monthly payments between $3,500 and $4,000 to the University to pay for her education.

“I knew at some point my mom had four jobs,“ Rodas said. “She worked at night and my dad has his two jobs.”

Rodas also has two jobs of her own here on campus, so that her parents don’t have to worry about sending her money for day-to-day needs.

Even with her family’s collective hard work, Rodas knows nothing is guaranteed and accepts that her status in this country could change at any moment. But instead of being afraid, she has used her education to let fear motivate her.

Rodas said she hopes that the project will incline others to take a step back from their opinions and look at things from a different perspective.

Project FEAR is still in its beginning stages, but Rodas said that its message comes down to one simple question: Run or Rise? Throughout her life, and time after time, Rodas has chosen to rise and conquer whatever obstacles have been in her way.

“There’s a quote out there,” Rodas said. “‘Be the change you want to see in the world.’ I understand it’s been rough. But it’s so a part of my DNA now that it’s more than just a cause. Honestly if I wouldn’t be rising, if I’d be running, I would not be (where) I am now.”

Take a listen to a conversation with James about his story, what he learned and the motivation behind the piece.