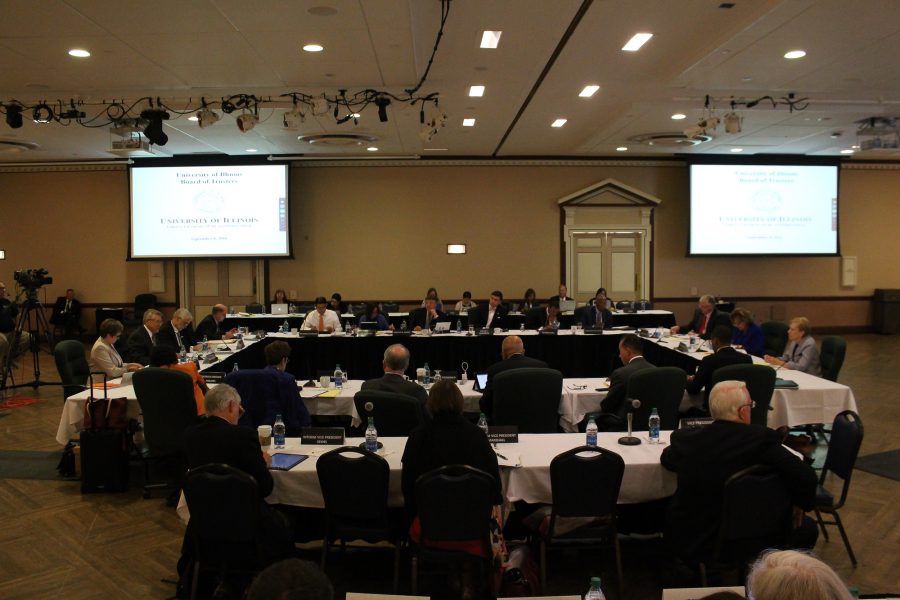 The University of Illinois Board of Trustees holds a meeting at the Illini Union on Jan. 18, 2017.

Gov. Bruce Rauner appointed a new member to the Board of Trustees on Friday, the first local representative in over a decade.

Stuart King, an alumnus and past University employee, lives in Champaign and is a practicing physician at the Christie Clinic.

King has a long history with the University, as he received his B.A., M.A. and MBA from the system.

Additionally, King served as the Interim Assistant Dean of Clinical and Academic Affairs at the University’s College of Medicine.

There is still one vacant spot on the Board of Trustees.