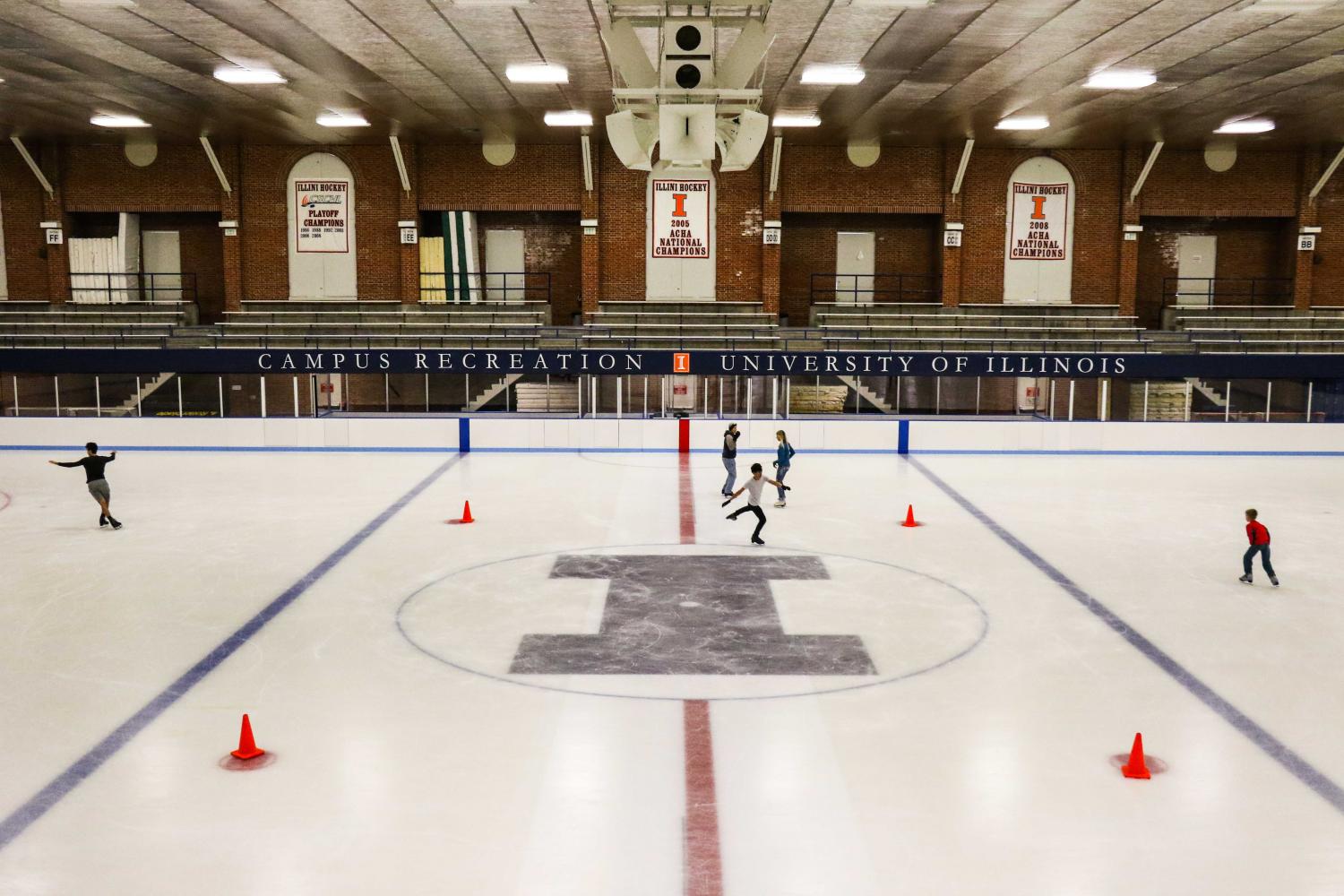 The University’s Campus Recreation is holding a grand reopening of the newly renovated Ice Arena on Friday at 7:30 p.m.

Free admission and rental skates will be provided to attendees until 9:30 pm.

Marcus Jackson, director of Campus Recreation, is scheduled to speak at the Grand Opening on Friday around 7:30 p.m.

Melissa Waller, Campus Recreation marketing coordinator, said the Ice Arena reopened a week before class started and is already working with some classes that rented the ice.

“Different groups will rent it out,” Waller said. “Or, they will have birthday parties there.”

Waller said the Ice Arena has some specialty events planned, including Spooky Skate on Oct. 29, Fall Exhibition on Nov. 4, Turkey Skate on Nov. 24, Moonlight Skate on Dec. 16 and Dec. 17 and the Spring Show on April 21.

The Ice Arena was built in 1931 and has been managed by Campus Recreation since 1977. It is also the only Ice Arena in the Champaign-Urbana area.

The recent renovations include new lighting and flooring in the lobby and offices, new dasher boards and ice-making and cooling elements.

Waller said the refrigeration system for the Ice Arena has eight to ten years of life expectancy. The new ice mat contains all the piping, so it can be moved if needed.

“At this point we are sticking with our Ice Arena until campus can be turned to its next goal as far as new facility and new renovation,” Waller said.