Students reflect on how race affects their classroom participation 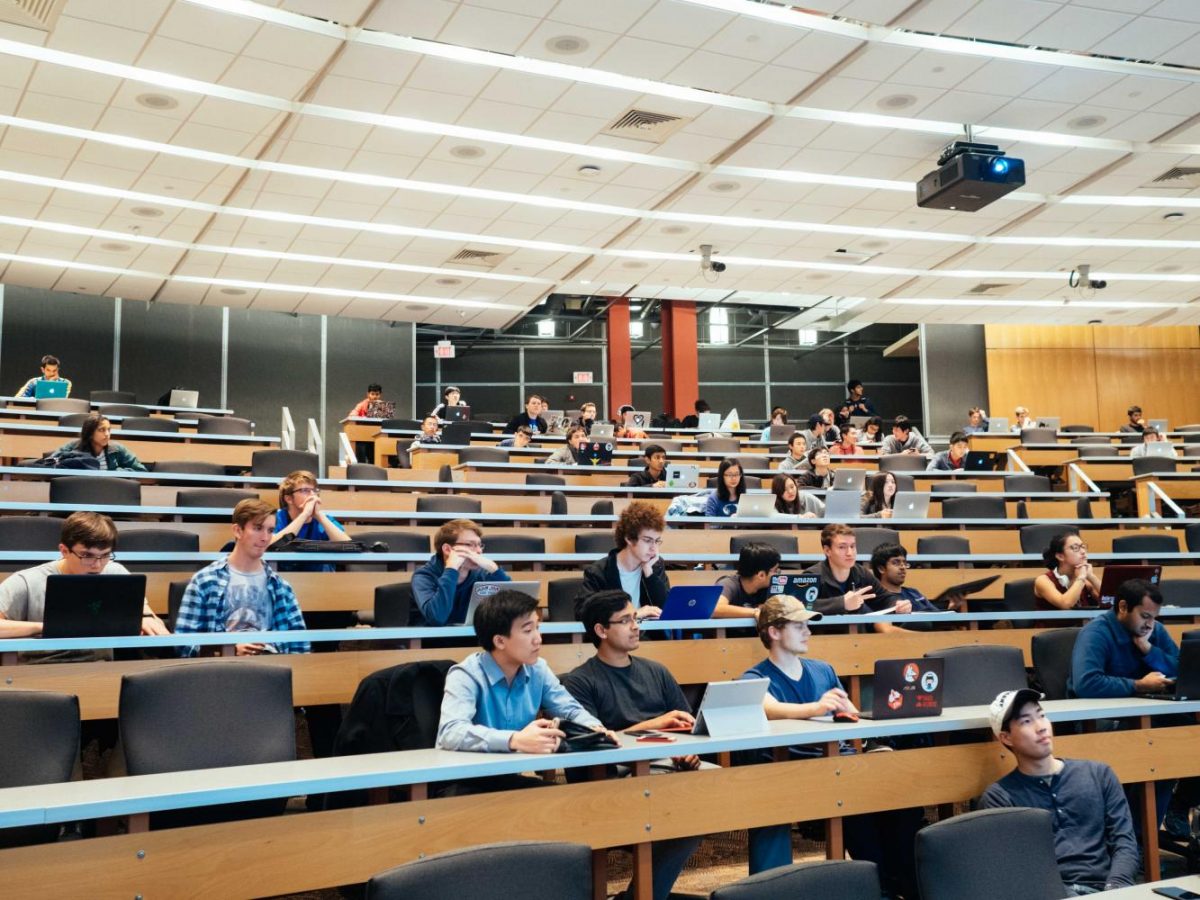 Students get ready for the honors section of CS 196: Intro to Computer Science for CS Majors on Tuesday night in the Seibel lecture hall.

Wearing a light purple hijab and rose-colored lipstick, Marihah Muhsinah, a freshman in Engineering, feels the strain of constantly being under a spotlight.

Muhsinah, a Bangladeshi-American, said she keeps to herself during class discussions, feeling occasionally unwelcomed by her white classmates and under a constant pressure to be a good representative of her race and religion.

“I feel like I have to be more toned-downed, and I can’t express myself as much because I don’t want people to get the wrong impression of Muslims or hijabi girls in general,” Muhsinah said. “I think I definitely keep myself a little more reserved because I don’t want to come off as a know-it-all brown girl, so in discussion classes, I won’t say much and I’ll just let the other people talk.”

Although research conducted by Indiana University Purdue University Columbus on the effects of race on participation in class discussions has been largely mixed and the results inconclusive, some evidence suggests that white students participate at a higher rate than minorities.

Although most students said that participation varies sharply by class, Muhsinah said that, in at least one of her classes, there is an obvious disparity between the ways minority and white students talk.

Dean Edward Riechers, a professor in ACES, believes that a student’s personality and familiarity with the course material plays a more important role than race in influencing a student’s choice to participate.

He said many people are afraid to ask questions in class, and those who walk into the classroom already acquainted with the topic being discussed are more likely to participate.

Other students felt that their race and appearance played a more significant role in their academic experience, especially when they are one of the few minority students in the room.

“There are classes where nobody participates, and it’s so scary to raise your hand in classes like that because you don’t know what anybody else is thinking,” Surya Nair, a sophomore in LAS, said. “But when somebody who shares a small amount of your experience is participating in class, then it just becomes so much easier.”

Stephanie Hernandez, a freshman in DGS, said she feels uncomfortable speaking in classes where she’s the only Hispanic student, often feeling like other students are already in a clique closed off to outsiders.

Riechers said that although some students tend to affiliate with those who look similar to them, others will make an effort to reach out to quieter minority students and bring them into the fold of the classroom. He also said that a classroom of students with diverse experiences and backgrounds makes his classes more interesting and engaging.

“I grew up in a little farm town south of Chicago by Kankakee,” he said. “I didn’t know about different cultures and races and religions until I got to the U of I. I think it’s a very important part of going to a university.”

Riechers said he is eager to get to know quieter but engaged students outside of class, and he’s tailoring his questions in class discussions so that they will be excited and able to answer them.

“I kind of feel like when I’m teaching, I’m almost like a sports coach,” he said. “A good coach gets the best out of everyone.”

For now, Muhsinah said she prefers the anonymity of large lecture halls where she can take in what the professor is saying without the weight of her religion and race.