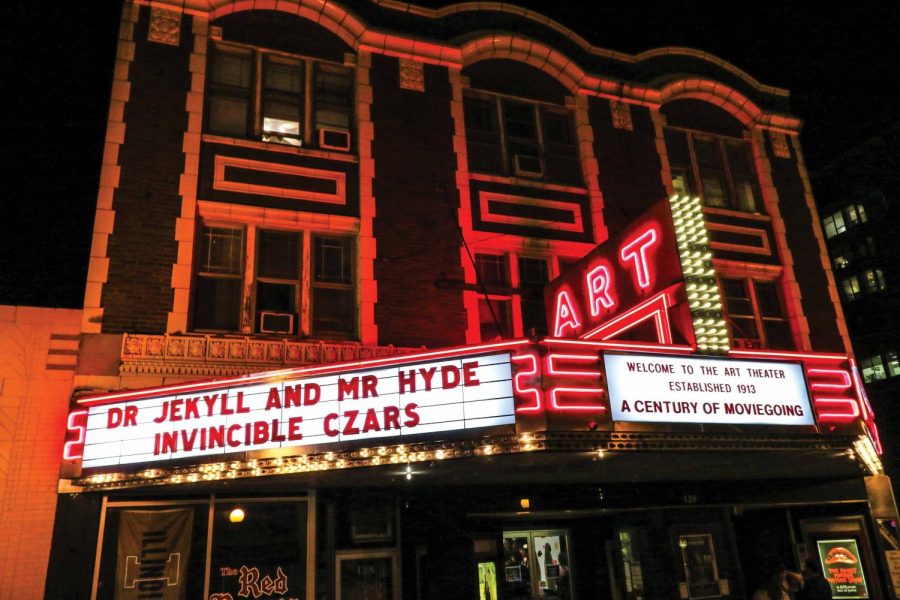 The exterior of The Art Theater is shown on Oct. 22.

The Art Theater Co-Op in Champaign will be hosting the eighth annual New Art Film Festival on Oct. 29.

Jason Pankoke, program director of the festival, said in email that the event is intended to provide an annual showcase for filmmakers across the central Illinois region. The festival began in 2010 as a collaboration with the Art Theater’s former owner and manager, Sanford Hess.

“(The festival) is a celebration of Champaign-Urbana creativity through an art and storytelling form that was not really being addressed publicly at the time,” Pankoke said.

Starting at 6 p.m. and running until 11:30 p.m, the festival will showcase 23 short films in a single-screen theater.

The film producers who enter are either previously familiar with the NAFF, or learn it NAFF through friends in the community. The selection of films depends on the overall makeup of the entries that come in, according to Pankoke. This year, the  festival added a stipulation that films should run no more than 30 minutes.

“Our goal is to try as best as possible to show a diverse selection of material based on story, genre, technique and overall ‘voice,’” Pankoke said. “We want the community to be able to enjoy what we put up on screen at the Art Theater, but also get a sound impression of who and what makes up our ‘film scene’ at the moment.”

Pankoke said the NAFF hopes some percentage of the audience might become interested in contributing to local films and helping the scene grow.

“As the (festival) has moved from a for-profit under Sanford to a cooperative and now a nonprofit under Austin McCann’s direction and the Art Film Foundation’s guidance, the (NAFF) continues on as a dependable showcase and gathering for everyone who enjoys film and the filmmaking process,” Pankoke said. “We felt the need for it, so we did it and continue to do it!”

Admission is free to all members of the community.