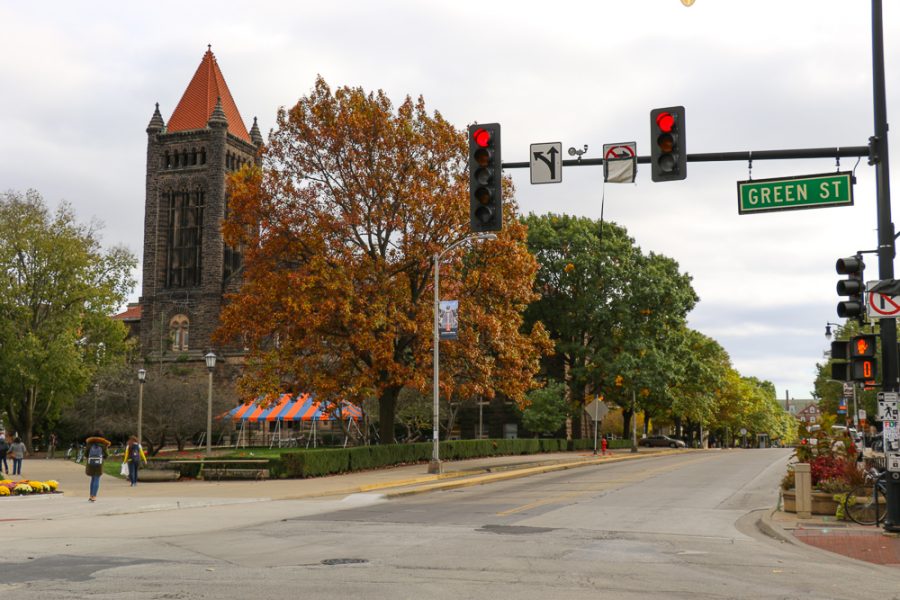 The Homecoming Parade will make its way up Wright St. then turn right onto Green St.

The University’s annual Homecoming Parade today will be accompanied by street and intersection closures across campus.

Between 5:30 and 7 p.m., the following streets and intersections will be closed. MTD routes will be modified and there may be delays. Parking lot E3, next to the Main Library, will not be accessible and entry or exit will not be allowed.

The following streets will be closed:

The following intersections will be closed:

At 7 p.m. tonight, all streets and intersections will reopen and buses will resume their regular routes.

Ellen Davis, senior in LAS, said although she does not intend to view the parade and does not believe her route will be altered because of closures, she knows other students who will be affected.

“I’m not necessarily worried about my schedule, but I have friends who are. They drive cars and I know they need to accommodate for that fact,” Davis said.

Sydni Wilson, senior in Media, said she is also not planning to watch the parade. She said she does not have classes on Friday, so the closures should not affect her schedule. However, due to the location of her residence she said she has become very good at navigating around closures.

“I live on Green Street, so I have already been experiencing streets being closed since the beginning of the year. I know how to navigate around it,” Wilson said.