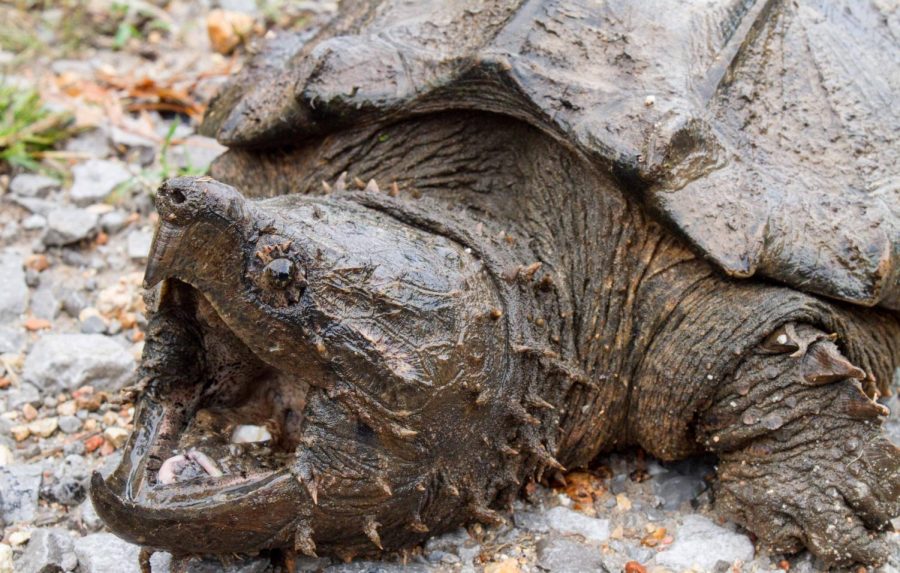 “We were shocked,” said Ethan Kessler, graduate student at the University and co-author of the study. “It was just about the last thing we expected to happen.”

This sighting is the first in 30 years of a wild alligator snapping turtle in Illinois. The species has been listed as threatened in the U.S.

This could be the last of its kind to survive in the wild without human interaction, and could represent a new hope for the state-endangered species, according to the researchers.

Phillips plucked the female alligator snapping turtle from the water, which was twice as long as the one he was looking for, and at least 18 years old. Since she had no tracking device, she was not one of the turtles that had been released into the area.

The team attached a radio transmitter to her back and marked her shell to track her. However, the batteries in the transmitter have died.

For several years, the team has released about 90 adult turtles into the creek with radio transmitters on their backs, so they can be relocated and tracked.

“We have confirmed genetically that the wild individual that we caught was from the region, so it gives us hope that there is still suitable habitat in Illinois for this species,” Kessler said. “Our next hurdle will be to figure out if these turtles will be able to successfully reproduce in the wild.”