Four Alumni named to Forbes 30 under 30 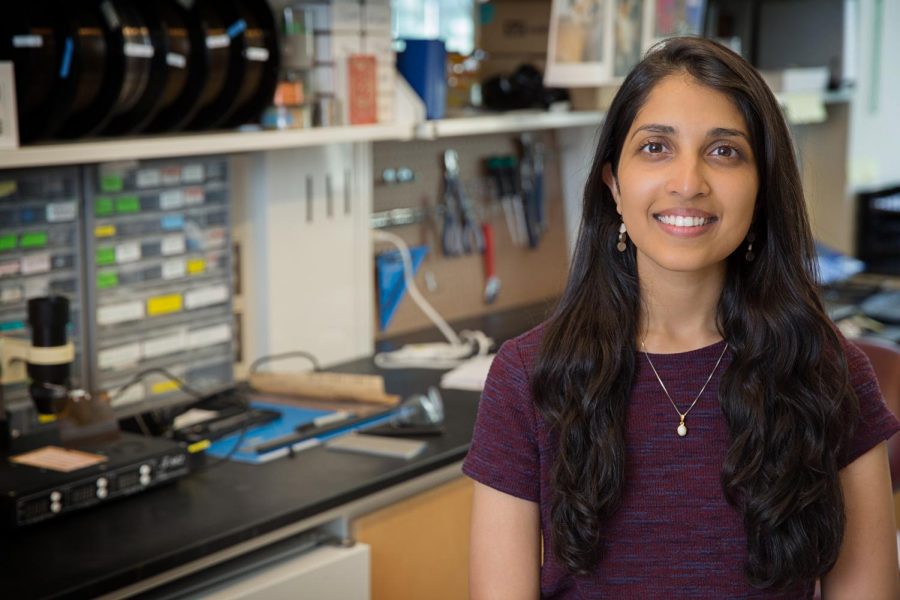 Portrait of Ritu Raman, one of the four University of Illinois alumni named on Forbes’ 2018 30 under 30 list.

Four University alumni were included on the Forbes 30 under 30 2018 list.

For the list, Forbes chooses 30 people under 30 years old in 20 different industries. The industries included range from enterprise technology and healthcare to finance and sports.

Ritu Raman, a postdoctoral fellow at the Massachusetts Institute of Technology on the list, earned her Master of Science and Ph.D. at the University of Illinois. Her work focuses on applying new materials and technologies, like using 3-D printers to build muscle-powered robots.

“I am very honored to be included in such a diverse list of young innovators — it motivates me to continue working hard and prove myself deserving of the recognition,” Raman said.

Raman said her time at the University transformed her.

“I came into my own as an independent researcher and as an engaged member of society,” Raman said. “Illinois gave me the support and resources I needed to shape my career.”

Vinay Hiremath earned his bachelor’s in computer science at the University and worked as a lab assistant in the College of Business. He is now the co-founder of Loom, a platform used to create and share videos with a powerful video recorder capable of capturing your screen, webcam and microphone. It is used by more than 250,000 employees.

Jordan Buckner is the founder of TeaSquares, which makes tea-infused energy snacks without artificial ingredients. The snacks contain naturally occurring caffeine. He learned his business knowledge from the University as he graduated with an Master of Business Administration.

“My passions for entrepreneurship, business and design flourished while I was completing my graduate education at Illinois,” Buckner said.

During his time as a student at the University, Buckner launched his first business, led a dozen consulting projects with Illinois Business Consulting and designed a farm stand for the Student Sustainable Farm.

Buckner said he was able to build his own path toward entrepreneurship by combining a degree in architecture with a degree in business.

Matt Meyer, who graduated from the University with a Bachelor of Applied Science, is a talent agent for Paradigm Talent Agency. He has represented artists like Halsey, Krewella, Steve Angello and Cash Cash.

According to the Forbes’ website, over 15,000 total nominations are submitted while less than 4 percent are accepted.