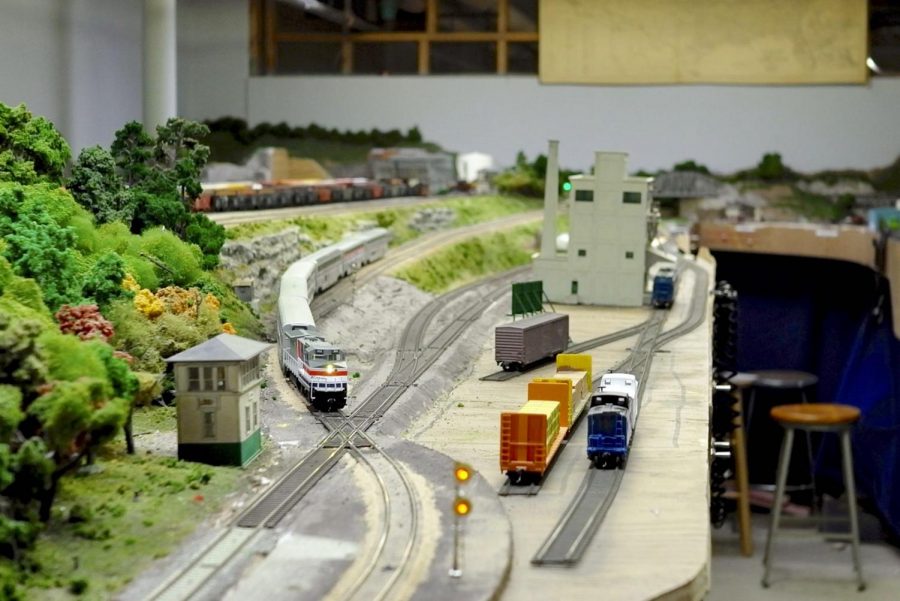 The Illini Railroad Club’s model train in the basement of Townsend Hall. The club will lose its space after spring 2018 due to of ISR’s upcoming renovation.

The Illini Railroad Club, which has operated as an RSO at the University since 1912, is in the process of finding a new location to meet.

This semester’s club members learned they will be losing their space at Illinois Street Residence Hall because the University needs it for expansion. The club has met in the space for 40 years.

Lee Evans, junior in Engineering, has been heavily involved in the club’s meetings and the building of the model train that is housed in the basement of ISR.

“The main activity that we do is building a model railroad in the basement,” Evans said. “University Housing decided they needed this space back and will begin their renovations after this spring semester 2018.”

The club is currently speaking with representatives from the Office of Registered Organizations and University Housing for a new space.

“We can have continued construction of our models, as long as we have a new space,” Evans said.

Matt Kluge is the president of the club and a graduate student in FAA.

“Club members were concerned when I told them the news from University Housing, but the mood has remained relatively positive among membership,” Kluge said.

Though the Illini Railroad Club has used this space in ISR for the past 40 years, Kluge said he knew this day would come.

University Housing Director Alma Sealine met with the group in person to break the news of the club’s removal from ISR’s basement.

The group is currently looking for a new space to meet but has not found one yet.

“Moving the current model to another location is not feasible,” Kluge said. “If a new space cannot be found, I think that the club will have a hard time surviving, as the model railroading aspect is a huge part of what we do.”

As club members find a new space, they hope to preserve the club’s history.

Jacob Rajlich, sophomore in Engineering, found out about the Illini Railroad Club when he attended University Laboratory High School in Urbana.

“Continuing in the club, I would like a higher role. People know us and recognize the Illini Railroad Club,” Rajlich said. “At train shows we have gone to, people have recognized our setup that started in ISR in 1977.”