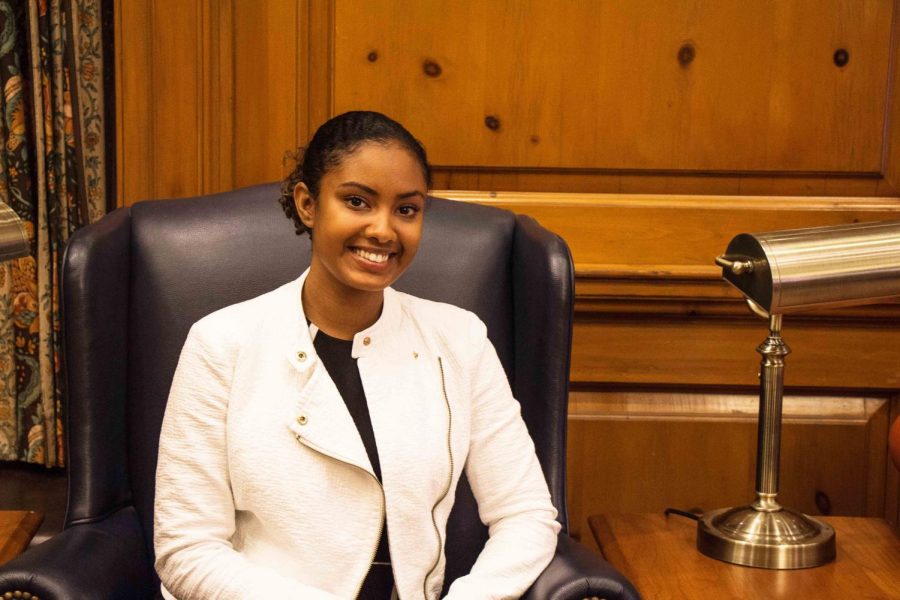 Illinois Student Government senators heard the public’s opinion about Chief Illiniwek and passed a resolution at Wednesday’s meeting to remove the Chief symbol from University buildings.

Shamseldin said the Chief is gone, and yet those on campus still see it.

Andrea Herrera, University alumna, said it is ridiculous the Chief is still an issue. She also expressed her support for the resolution.

During public comment, Angela King, a University employee, said, “My cultural practice is not a commodity to be sold, traded or performed.”

The resolution passed through the student government with no debate from student senators.

Also during the meeting, senators gave reports about the Association of Big Ten Students’ Winter Conference. This conference brings together Big Ten student governments to speak about issues that take place on their campuses.

Another resolution was also passed at this week’s meeting. ISG passed a resolution to approve Lobby Day at the Capitol, which allows students to travel to Springfield to discuss higher education with other universities.

There was a change in staff at Wednesday’s meeting. Chief Justice Max Weiss, sophomore in LAS, resigned from his position as part of the judiciary.

“(I have) thoroughly enjoyed my time getting this branch off the ground, and I hope to find new ways I can help serve the student government,” Weiss said.

Correction: A previous version of this article stated Raneem Shamseldin is a senior in LAS. The Daily Illini regrets this error.