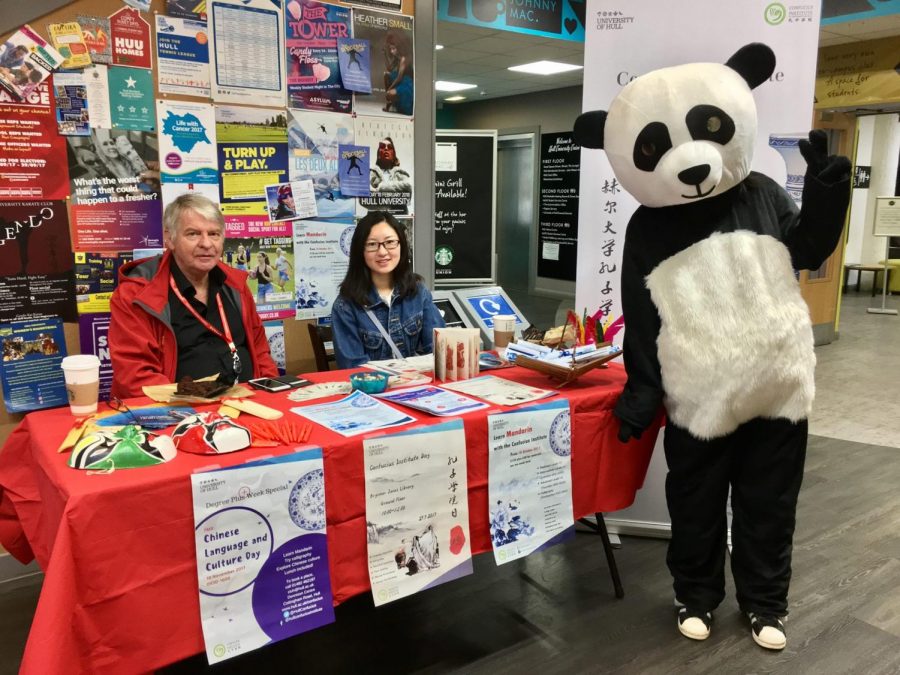 Photo courtesy of Confucius Institute at University of Hull

The Confucius Institute Day at the library of Huff University on Sept.29, 2017.

International institutes on campuses are being watched “warily” by the FBI, after Christopher Wray, FBI director, warned American universities in February about Chinese intelligence operatives.

The federal agency is specifically looking at Confucius Institutes, which are aimed to promote Chinese language and culture through Mandarin language classes.

The Confucius Institute at the University had a four-year run that ended in September last year by former interim University Provost John Wilkin, said Hua-hua Chang, director of the institute and professor in educational psychology, in an email.

The closing of the institute happened four months before the FBI director warned universities across the country and announced dozens of Confucius Institutes were under close federal watch. Chang said Wilkin closed the institute because it was not in line with the strategic plans of the University.

Confucius Institutes were first established in 2004 and quickly sprouted across the globe. There are more than 400 institutes operating in the world now, and more than 100 of them are in the U.S. The funding for each individual institute is shared by the host schools and the Office of Chinese Language Council International, also known as “Hanban.”

However, receiving major support from the Chinese government and being under the control of the institute’s headquarter in Beijing, the Confucius Institute system is “an important part of China’s overseas propaganda set-up,” said Li Changchun, a former Chinese Politburo Standing Committee member, in The Economist.

Wilkin said he doesn’t think the University’s Confucius Institute was in any way politically involved.

“I of course noticed the comment of the FBI director in the national newspaper, but that has nothing to do with our institute,” Wilkin said. “I don’t have any foundations to evaluate those assertions regarding the institute. I only know it’s not the case here.”

The institute was an important contributor to language studies at the University, said Wilkin. It cooperated with the College of Education to establish research topics and hosted the Chinese Proficiency Test (HSK) in the Education Building.

“That was the easiest way for us to support the research,” Wilkin said. “(The institute) absolutely benefits the University in significant ways.”

After being approved by the Urbana-Champaign Senate on Feb. 4, 2013, the University worked with Jiangxi Normal University from China to establish the Confucius Institute on campus, which operated closely with other units within the department of East Asian languages and cultures.

“We’ve had conversations with another Chinese university about (establishing) another Confucius Institute that will have a broader set of responsibility,” he said. “It depends on the nature of the relationship and the focus of the funding in the relationship.”