University system faculty targeted for poaching due to budget issues 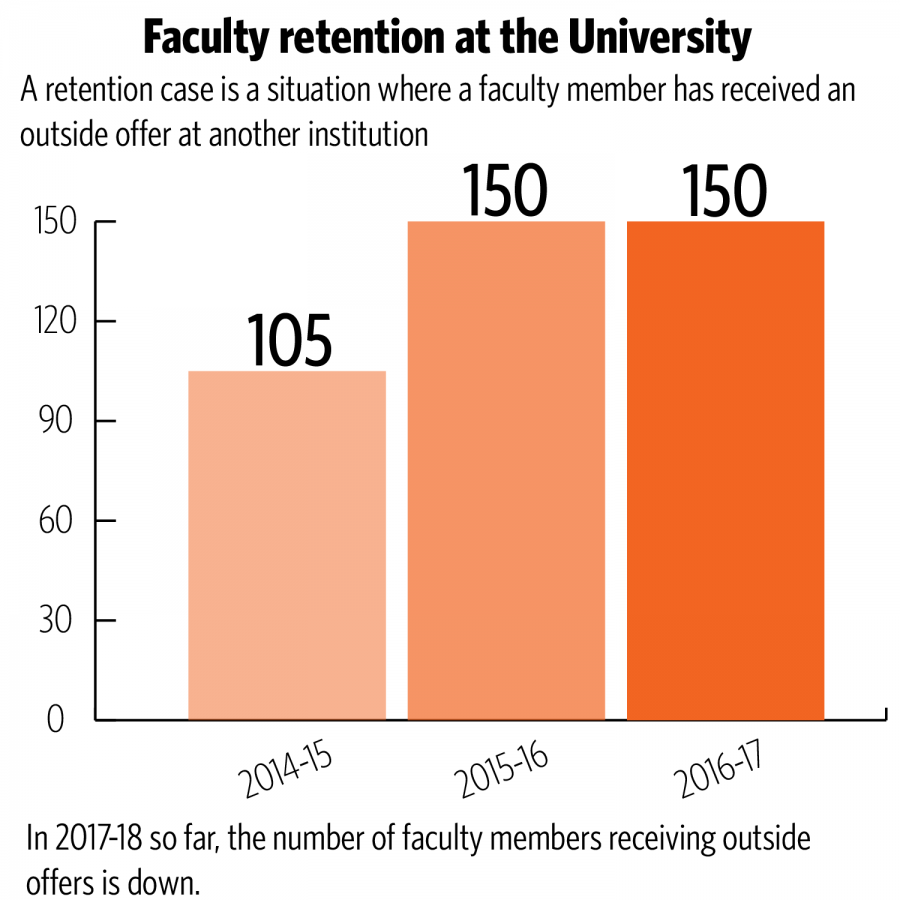 The state of Illinois is to decide whether the University System will receive additional funding to combat faculty poaching by other peer universities.

University faculty members have been targeted by other colleges due to the recent budget impasse, said Barbara Wilson, vice president for academic affairs. She said although the budget crisis has ended, the University has remained a target of faculty poaching.

“We track how many people have had offers from other institutions, and it has gone up 40 percent during those three years of the budget impasse,” Wilson said. “More people are raiding us, and more people are going after our faculty. Partly, it’s because they see that the state is vulnerable.”

However, due to the vulnerability of the state, Wilson said the University System has asked for additional funds from the state to minimize the number of faculty members leaving the University.

“We’ve asked for an increase in our budget,” Wilson said. “As part of the increase, we said we would be spending on more competitive kinds of efforts to keep faculty here.”

Wilson said the University System is asking for a $10 million increase in addition to existing funding, and this will be decided in late spring.

“As part of the increase, we said we would be spending on more competitive kinds of efforts to keep faculty here,” Wilson said. “So, that was one of the things we presented in our appropriation hearing presentations (to the Illinois House and Senate).”

William Bernhard, vice provost for academic affairs, said he believes institutions go after the University’s faculty because of the publicity brought by the budget crisis.

“That really raised some questions for our faculty members who question the state’s actual commitment to higher education,” he said. “Now that we have a budget, we’ve taken some steps internally to help improve the budgetary incline and improve the way we are allocating resources.”

The Provost Office provides surveys for faculty leaving and staying at the University, and Bernhard said budget concern is a common theme among those relocating.

“For those who decided to leave the past few years, everyone has mentioned the uncertainty around the budgetary situation,” Bernhard said. “That might not have been the primary reason they were leaving, but it was certainly a factor that was on their mind.”

In May 2017, the University System announced the President’s Distinguished Faculty Recruitment Program to recruit faculty. The press release stated the universities in Urbana-Champaign, Chicago and Springfield would embark on a three-year plan to recruit faculty members to the branches.

The system offices will evenly distribute $60 million among the three institutions for new faculty startup costs, such as equipment purchases and lab renovations.

“We’ve asked the state for money to help us, but we’ll see what happens,” Wilson said.