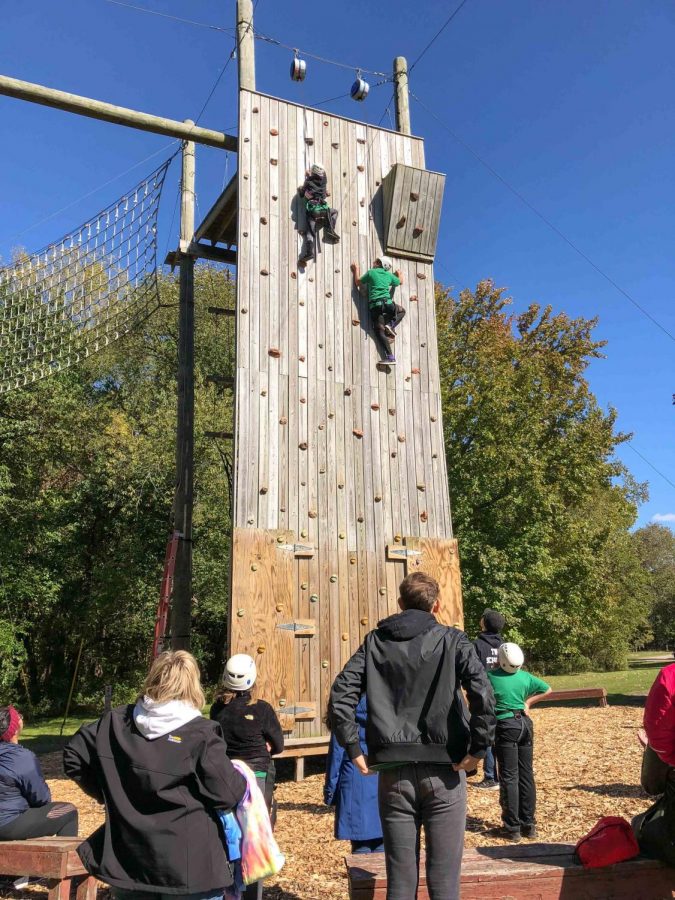 Camp Healing Heart helps children and teenagers recover from deaths of loved ones through different activities.

A group of volunteers from UNICEF at the University buddied up with children and teens who are recovering from the recent death of a loved one through Camp Healing Heart on Saturday in Monticello.

The idea of having University UNICEF participate in Camp Healing Heart came from Alexa Villanueva, senior in AHS and the organization’s service committee chair. Villanueva learned of the event through the camp sponsor, Carle Hospice.

Although the program has been known in the local community since its founding in 2005, there has been little awareness of it among student organizations on campus until recently, Villanueva said.

Laura Mabry, public relations coordinator for the Carle Foundation, said once kids arrive at the camp, they are paired with a volunteer buddy for additional support and companionship, whether it is during games or when talking about loss and healing.

Kaya Van Dyke, freshman in LAS and member of University UNICEF, was paired with an 8-year-old buddy for the camp.

“I stayed with her though all the sessions and activities that the kids did and helped keep everyone else in my group … quiet and attentive during the sessions,” Van Dyke said in an email.

Although the job was difficult, Van Dyke said she was able to give valuable support to her camper by being by her side.

“It was really cool being able to be with one kid all day,” she said. “We got really close and really connected.”

Villanueva said it was for this reason volunteering for such a special and emotionally intense position required additional preparation before camp began.

“For volunteers, we had to stay overnight on the Friday before to go over the sensitive topics that might be encountered as a buddy at the camp,” Villanueva said.

Elizabeth Rieke, social worker for Carle Hospice, said since the camp supports children aged 5 to 17, it can be challenging to meet the needs of every age group.

In response to the problem, Rieke and her team helped create different workshops for campers to process their grief at different levels of understanding and complexity.

“Sometimes, little kids don’t have the words to express what they’re feeling, so we do different things with art, drawing pictures and other activities to help them figure out, ‘How do I process all of this?’” Rieke said.

One example of such activities is the use of the metaphor of a pop bottle to understand anger and how to release it appropriately.

“When it gets shaken up, do you take off the top and let your emotions explode and splash out everywhere or find little ways to let the steam off a little bit at a time?” Rieke said. “You have to find outlets to get these emotions out.”

At the end of camp, volunteers and parents gathered to watch the campers deliver aloud a letter they wrote to a lost loved one for closure and comfort, Rieke said.

Sophy Kim, freshman in DGS and camp volunteer through University UNICEF, said in an email she was inspired by the campers when listening to their stories.

“I learned so much from this camp just by looking at how the kids handled their experience,” Kim said. “From the youngest to the oldest camper, they each had a motivation or reminder that helped them get through each day, and their positive attitudes toward living every day to the fullest helped me to realize how grateful I am for what I have.”