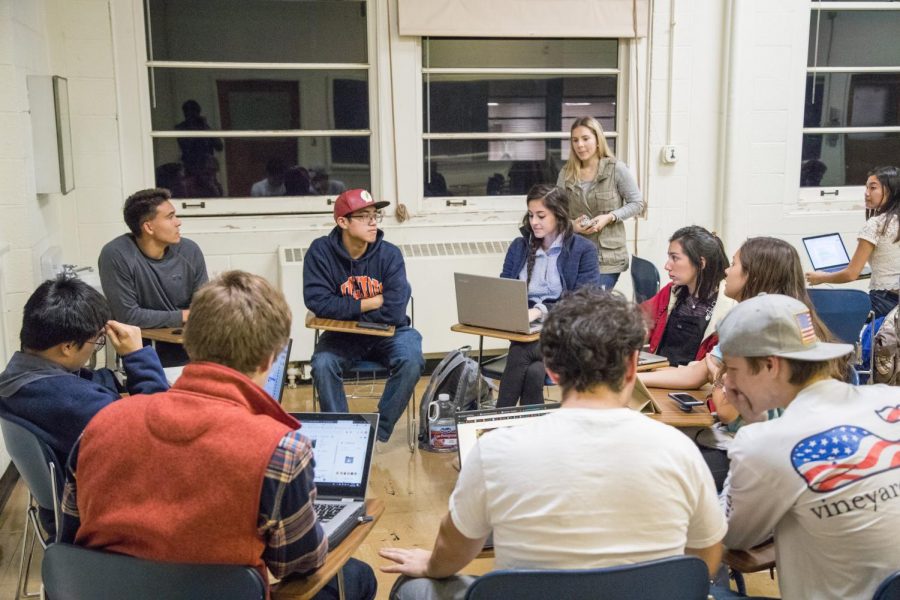 Members of the Engineering Without Borders RSO meet to discuss a bridge in Malawi on Thursday. They are trying to raise $50,000 to start building the bridge this summer.

The University’s Engineers Without Borders chapter is struggling to raise $50,000 for materials and labor to construct a bridge in Malawi, a project it hopes to begin this summer.

“If we can finish the design by the end of the year, we’re thinking about starting construction in the summer of 2019,” said Alex Kawar, senior in Engineering and internal vice president of EWB-UIUC. “But that’s all dependent on crowd fundraising because if we don’t have the money, we can’t start.”

Since EWB-UIUC began fundraising more than a year ago, it has raised nearly $2,800 of its $50,000 goal. The RSO hopes to raise more money through events like their LaTea fundraiser on Thursday.

The project has been in the works since 2015, but money raised prior to this year was spent funding assessment trips made by students within the organization.

“The assessment trips were needed to determine the needs of the community, create relationships with them, gather data that we needed and more,” said Nico White, senior in LAS and one of the project leads, in an email. 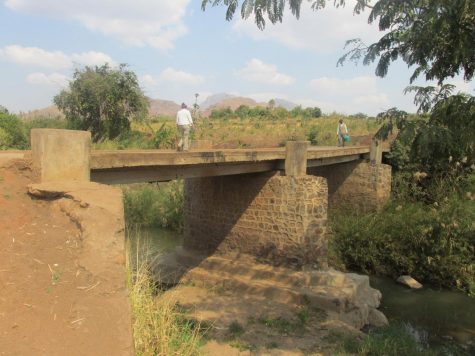 Photo courtesy of Engineers Without Borders

Kawar, a project lead, said the organization’s current main goal is to receive a grant through Engineers Without Borders USA, which oversees all the EWB chapters from different universities. The average value of grants is $5,000.

“Getting a grant through EWB-USA would be the biggest help,” Kawar said.

“We are just in the first stage of the design. We really haven’t gotten that far,” Asem said. “It’s a huge challenge we’re facing, the fact that we don’t have the soil profiles from the site, so that is a piece of the puzzle that we still need.”

The Lunzu River, which the chapter will be constructing the footbridge over, can swell to over four feet during rainy season and has proven to be a dangerous obstacle separating residents from schools, churches, jobs, hospitals and other important community resources.

During the two assessment trips made by EWB-UIUC to collect data for the bridge’s construction, two local community members died while trying to cross the river.

“When the water level rises, there are times when people need to skip school and can’t seek help if they need medical attention,” Asem said. “So, what we’re doing is important to the region.”

Starting this fall semester, Kawar said the project has mainly been a collaborative project between herself and Asem. Other students who have contributed to the project include: Ralph Abano, Nicolas Holl, Emily East, Jack Hynes, Jamie Sergay and Jonathan Mullen.

Kawar said prior to spring semester last year, the organization had finalized its design for a concrete bridge. However, due to cost, availability of resources and other factors, the original design was completely abandoned. As a result, the group decided to switch to a steel design, which Kawar said brought them back to square one.

Madelyn Tyler, junior in LAS and fundraising lead on the project, said along with applying for grants, EWB-UIUC is trying to raise money through hosting campus fundraisers, pitching their project at career fairs and on LinkedIn. The organization is also actively seeking out sponsorships to help pay for materials used to build the bridge, more assessment trips and a contractor when the plan is actually executed.

“I’d encourage more students (to donate), because this is an organization that is truly making an impact,” White said. “It’s remarkable that students of our age and education level are able to do what we do, so it’s worth supporting.”