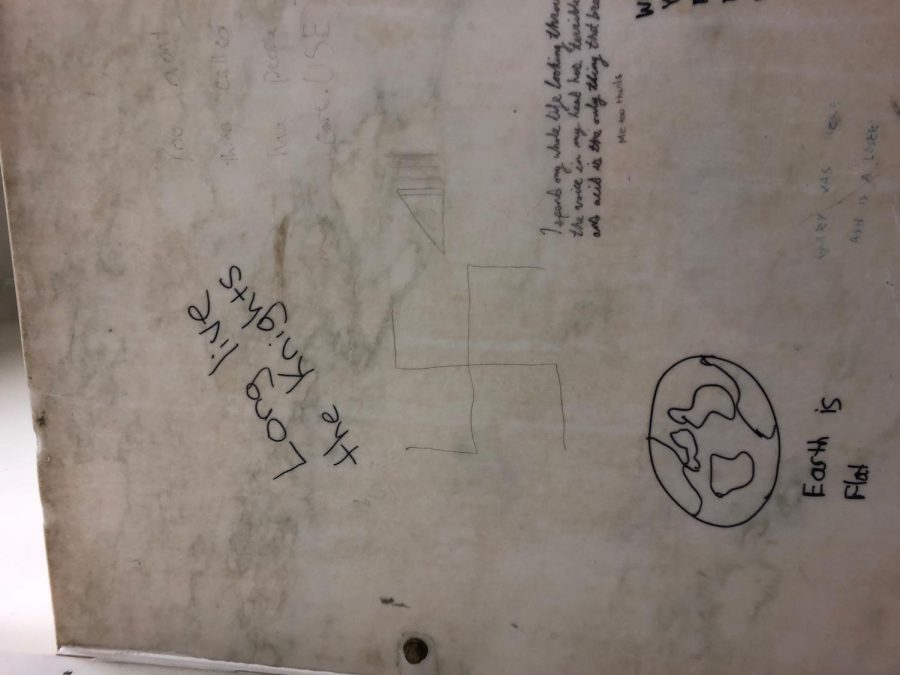 A student reported someone had drawn a swastika on a wall inside a men’s restroom at the English Building Monday evening; however, this is not the first swastika reported by University police.

A University employee reported someone painted a swastika in a basement tunnel on Nov. 20 between the Roger Adams and Noyes laboratories east of the Main Quad, according to a police report.

“When we are made aware of something like this, we work directly with the affected groups to offer safety resources and assistance,” said Patrick Wade, communications director for the University of Illinois Police Department, in an email.

Wade said the incident is still under investigation, and he cannot give specific details on investigations that are ongoing.

Ian Katsnelson, freshman in LAS, found the swastika on campus in the men’s restroom.

“I’m a Jewish member and very active in the Jewish community,” he said. “Seeing that was not only scary for myself, but I saw it as a threat on campus. It’s something that shouldn’t be ignored, especially because it’s Hanukkah.”

Katsnelson said he’s an out-of-state student from New Jersey, and coming from a town that is about 60 percent Jewish, seeing a swastika was shocking. The symbol was about the size of a grande Starbucks cup, he said.

“It could very well be the same Evropa symbol as the swastikas found in the tunnels,” he said. “It’s important for people to realize that people do care about things like this instead of ignore them.”

Steve Breitwieser, manager of communications and external relations for Facilities and Services said in an email that F&S workers and the Building Maintenance department remove graffiti through regular cleaning or repairs. The process typically starts with a request generated to the F&S Service Office by a department or unit identifying that an area needs to be addressed, he said.

Elan Karoll, senior in LAS and executive board member of Illini Public Affairs Committee, said in an email that instead of removing the swastika from University property, someone placed an ‘X’ over the symbol with a Sharpie marker. He believes it is still there. Karoll said he hopes the University acts soon to remove the symbol.

“We only found out about [the swastika] from reading the Daily Illini police blotter,” he wrote. “Then, the News-Gazette and the Jewish News Service picked up the story. The University did not inform students about this. The University has not made a statement condemning this or reassuring students. In the future, the University should act more swiftly and responsibly when these incidents occur.”