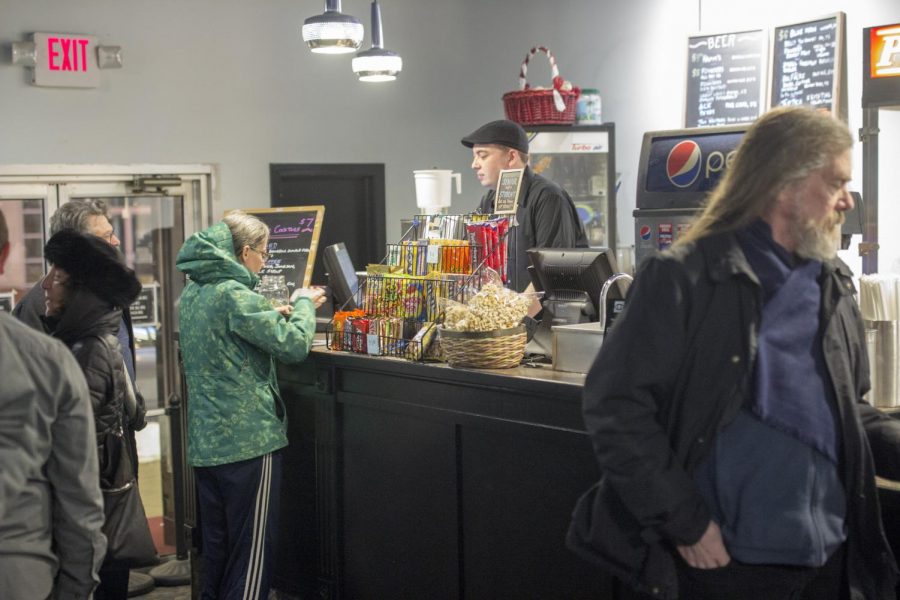 People stand in line on Wednesday for concessions before the premiere of “American Tap” at The Art Theater.

As part of the celebration for its 50th anniversary, the Krannert Center for Performing Arts is collaborating with the University’s dance department and the Lyric Theatre at Illinois to screen “American Tap,” a feature of the Flatlands Dance Film Festival.

The “American Tap” film shows a form of American tap artistry and the influence it has had within the University’s dance department. The film showcases many of the greatest tap dancers, such as Savion Glover, Bill “Bojangles” Robinson and The Copasetics.

Rebecca Ferrell, director of the Flatlands Dance Film Festival, emphasized the importance of emerging and transforming tap dance into modern culture. The Krannert Center will showcase many performances this semester.

“Tap is a vital dance genre that has been highlighted in our past screenings but has never been the sole focus. With the release of ‘American Tap,’ I knew it was essential to showcase this American art form with its own screening,” Ferrell said.

Ferrell said most people recognize tap from golden age movie musicals and vaudeville performances, but it has also become linked to hip-hop culture, in part thanks to choreographer Savion Glover’s rise to popularity over the last 30 years.

“Savion Glover is known by many as the greatest tap dancer of all time,” Ferrell said. “He was a tap dance prodigy who has been responsible for bringing tap dance back to mainstream popularity over the years with appearances in Sesame Street and Happy Feet.”

Alongside Glover, choreographer Michelle Dorrance, a recipient of the MacArthur Fellowship, will be performing at the Krannert Center with three original pieces from her own dance company, Dorrance Dance.

The screening of “American Tap” was open to the public and premiered Wednesday at 7 p.m.

The film is the feature of the Flatlands Dance Film Festival, a festival presenting a variety of films and shorts dedicated to dance performances.

“We believe our festival exemplifies our commitment to promoting and expanding the role of dance in our community,” Ferrell said. “As we strive to present stellar performances on our stages, we recognize the vast potential for the choreographic to infuse the cinematic.”