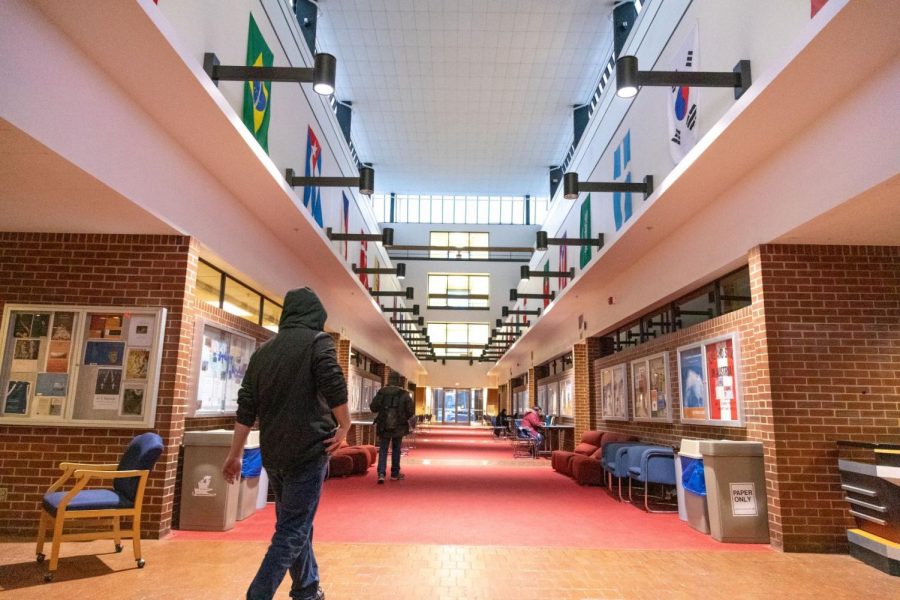 The main floor of the Foreign Languages building on Tuesday. Professor of Germanic languages Mara Wade has the opportunity to conduct research in Germany.

The Reimar Lüst Award is given to two people each year by the Alexander von Humboldt Foundation and the Fritz Thyssen Foundation, based entirely on the candidate’s achievements.

Kristina Guroff, senior coordinator of the Alexander von Humboldt Foundation, said in an email that Wade was chosen from a pool of nine nominated researchers.

Receiving the award, Wade is invited to spend up to a year cooperating on a long-term research project with specialist colleagues at a research institution in Germany.

Wade said several teachers who taught her good thinking and research methods inspired her and sparked curiosity to conduct her study.

Researching texts and images of the European emblem, Wade said she studied deeply into the context of the designs.

“The books are exciting and interesting, and even more so are the way Renaissance men and women used emblems in the context of interpersonal communication, devotions, festivals, interactions of young people of an age to marry, poetry, art and more,” Wade said.

Wade’s research spans across many areas including gender, the urban culture of Nürnberg and European aristocratic and festival culture.

Already gathering international recognition for her research, Wade has expanded her work and is currently the principal investigator for Emblematica Online, an international digital database of literature studying emblems.

This summer, Wade will be spending two months at the University of Erlangen-Nürnberg to continue her research on emblems in 16th and 17th century Nürnberg.

“Right now I am completing projects already started and will plan new ones. I am hoping this will lead to academic exchange for students from UIUC as well,” Wade said. “We will work on that.”

With this award, Wade plans to work on her monograph, “Emblems as Open Sources,” at the Herzog August Bibliothek in Germany. The research money provided by the award will allow Wade to spend more time in Germany to work with her colleagues and their students.

“I am happy and productive and creative. This is simply wonderful. I am deeply grateful to the University of Illinois for fostering my work and allowing me such opportunities,” she said.