Legion post to be established for commemoration of alumna 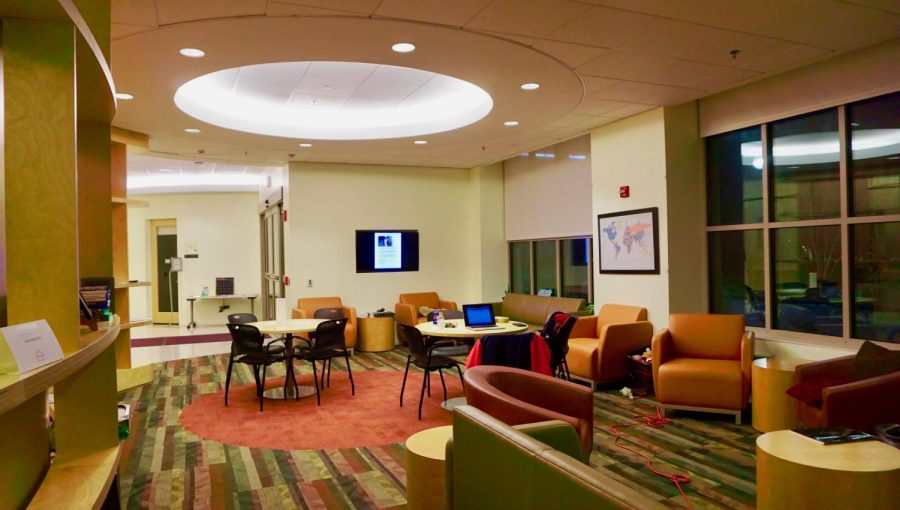 The lobby interior of the Chez Center.

In a move to bring back vibrancy and increased relevance to a historic institution, the American Legion has teamed up with the Chez Center for Wounded Veterans in Higher Education to establish a post at the University.

In a ceremony on Feb. 6 at the center, a charter was signed establishing the Shawna Morrison Collegiate Post, named in honor of Sgt. Shawna Morrison. Morrison is the first female Illinois Army National Guard member killed during Operation Iraqi Freedom in 2004, who studied psychology at the University before her deployment.

Cheryl Walker, the first female commander of the Illinois Legion’s 19th district, said one of her main goals upon becoming commander was to establish a post in honor of Morrison, who she served alongside in the Illinois National Guard.

“I met Shawna when I first joined my unit and service with her made me want to be a better soldier,” Walker said. “It was always in my mind when I became an officer in the American Legion that I wanted to name a post after her. It’s in her name, but it’s in honor of all the people we served with that lost their lives.”

“On Veteran’s Day, Cheryl was invited to speak at an event at the center focused on women veterans and share her story about serving with Shawna Morrison,” Hunniecutt said. “We wanted to go further to incorporate something for Shawna, and Cheryl shared with us that she had a dream and a vision for starting an American Legion post in honor of her.”

Hunniecutt said the University and departments connected with the Chez Center have been supportive of the new post and the direction Walker plans to take it as the first collegiate Legion post in Illinois.

“The dean of AHS is incredibly supportive of this idea and said a few words at the event about how meaningful it was to have this new vision for the American Legion start here on this campus,” Hunniecutt said.

“That sense of service seems to be fading as older generations start to fade out, so this could spark a domino effect around the country,” Hunniecutt said. “Cheryl had talked a lot about how to motivate and inspire the post-9/11 generation of veterans to get involved and give back in their community.”

Garrett Anderson, the Chez Center’s outreach coordinator and student recruiter, agreed that the new post provided an essential opportunity to revitalize a historic organization many view as outdated and antiquated.

“The veteran population is getting older, and for younger veterans the Legion doesn’t often suit their lifestyle since they often have less time on their hands with partners and children,” Anderson said. “This chapter is definitely trying to update and revitalize the American Legion by appealing to a younger demographic.”

Hunniecutt said the chapter and the outreach that will come with it can help bring attention not just to the American Legion, but also to the Chez Center and the services it offers to military-connected students.

“Partly because of the center’s name and messaging around it, many don’t know that we serve all military-connected students, whether you’re independent, disabled, a spouse, a child, you can use the services that we have here,” Hunniecutt said.

Vinay Prabhakar, senior in LAS and member of the University’s ROTC, said he has never taken advantage of the Chez Center’s resources, but the new post could help younger military members and students become more aware of what the center has to offer.

“I believe that many students on campus are fairly detached from the military right now,” Prabhakar said in an email. “Having an American Legion post will help our school’s community connect with the U.S. military; outreach will definitely be easier.”

Anderson said the most important mission of the center is to provide resources to veterans who may have unique struggles in their transition into University life.

“For many veterans, the transition from a very organized, institutional environment to a non-institutional environment at the University can be difficult,” Anderson said. “We offer services to help with that transition that are hard to find anywhere else, and the University also does a lot with services like specialized early enrollment that helps these veterans through their journey.”

Walker said overall, her greatest hope is that younger military-connected students at the University can use the new post to advocate for change.

“My goal is to give the veterans at the University an opportunity to have a voice within the Legion,” Walker said. “Every February, the Legion has the opportunity to meet with Congress in D.C. and present resolutions that they’ve written and will hopefully become law, and I’m looking forward to seeing younger veterans having a voice and making change in the next century.”