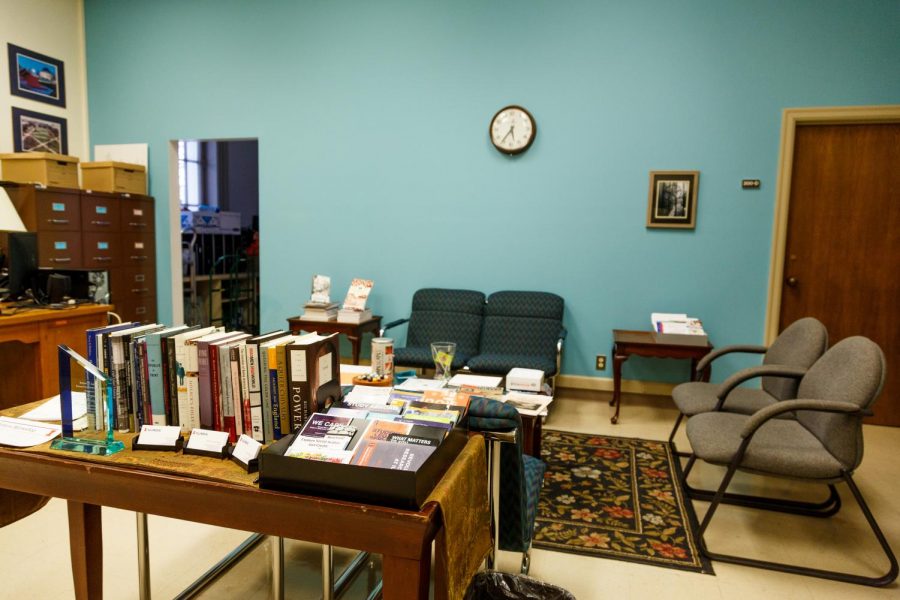 The English department’s advising office was open on Tuesday. The department recently hired a new adviser to help combat the faculty shortage.

The University’s English department is facing a shortage with its advising staff. In response to this, the department has introduced a new face to provide guidance for students.

There are about 16 academic departments on campus. Each department has its own way of assisting students with any questions or concerns they may have. However, departments might experience a shortage of faculty members, which can disorder the process for the department, as well as students.

The English department has over 450 students who are majoring in English and about 75 students who are minoring, either focusing on English or creative writing. In the advising office, there are two advisers and a director of internships.

Anna Ivy, an English adviser, mainly works with students who major or minor in either English or creative writing. However, she is happy to meet with students from outside the department who have questions about courses, resources and activities.

“We aim to offer ‘full-service advising,’ which means that if a student isn’t sure where to start, we encourage them to come in and see us so we can help them figure out what they need and where to find resources,” Ivy said in an email.

However, last semester, the English department’s advising office had only one adviser to assist more than 500 students. According to Ivy, in the fall there were about 400 appointments made with current students.

“The English department normally has two full-time academic (advisers) on staff, and that’s ideal,” Ivy said. “It just happened that because of the timing of the search and the relative slowness of all bureaucratic processes, it took us until early in the spring semester to have a new (adviser) in place.”

During the fall semester, the English advising office opened up more appointment times during its busiest periods as well as more advising via email, according to Ivy.

Keshia Atkins is the newest addition to the advising team. Ivy states there were no impediments when hiring a replacement.

“We were helped in the search process by members of our own business office and by staff in the College of LAS,” Ivy said.

“When I heard about there only being one adviser, I thought to myself: ‘When am I going to see the adviser then?’ Just as I imagine it was really hard to go see her because of weird time slots that were available,” Lopez said. “I had to go see her during my class period.”

Although there are now two advisers, Lopez hopes to see more close relationships between advisers and students. Lopez is also majoring in history, and when comparing her experiences with both departments, she leans more toward history.

“My adviser for history also left, and I am really sad about it. I feel the history department is doing better in making close relationships with their students rather than the English department. They are trying to get it together,” Lopez said.